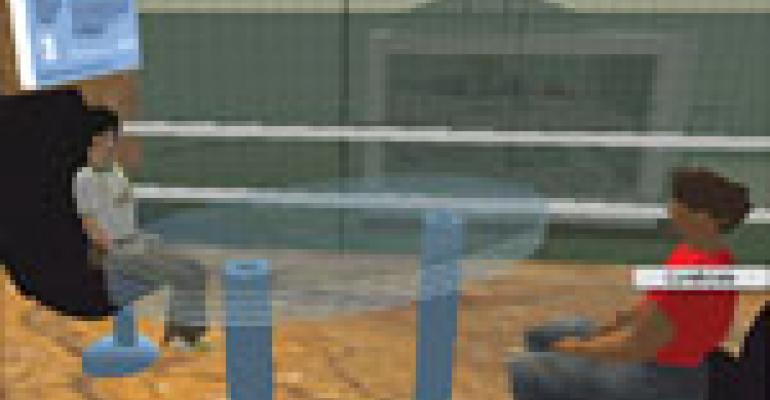 Nearly 12.8 million people worked in the restaurant industry in 2007. Despite rosy predictions that foodservice will add 2 million more jobs by 2017, operators this year struggled to recruit and retain good workers into existing positions. Creative Internet sites for recruiting, programs that market to employees as if they were customers and enhanced benefits packages were some of the innovative human resource initiatives that surfaced in 2007.

From a series of employee testimonials by McDonald’s Corp. that aired on to a virtual Sodexho USA job fair on , networking websites have taken center stage as a means to attract and keep workers.

Sodexho had invited a select number of job candidates to meet for interviews in a virtual office on . Both recruiters and applicants created computer images, or avatars, of themselves and interacted through instant messaging.

“We’re always looking for ways to reach out to talent,” said Arie Ball, vice president of recruiting for Sodexho.

McDonald’s continued with its video podcast series, “The McDonald’s You Don’t Know,” on . The videos told the stories of owner-operators who had moved up the ranks from hourly positions to running their own stores.

“Employment branding” became the catch phrase for operators’ efforts to pursue new employees the same way they go after customers. Just as restaurants try to convince customers to patronize their businesses by emphasizing menu, decor, prices or service, companies pushed the message of why it’s better to work at their concept.

Cheyenne, Wyo.-based Taco John’s launched the first employment-branding campaign in the fast-food chain’s 38-year history. Taco John’s, which often boasts about its boldly flavored food, encouraged potential employees to “Go for the Bold” on billboards, prints ads, its website and even tray-liners in the restaurants.

While the Internet has become the No. 1 source for restaurant recruiting, operators reported that the best hires still come from employee referrals.

Chipotle Mexican Grill, the more than 600-unit fast-casual chain based in Denver, credited its Restaurateur Program with not only boosting managers’ salaries but also with elevating stores’ performances, manager retention and employee morale.

The program grew to 60 general managers this year. GMs had to meet certain performance goals and be recommended by their supervisors. Through the program, a GM is eligible for a $10,000 bonus for developing hourly workers into managers and a 10-percent bonus on revenue gains above a unit’s sales projections.

While health care costs continued to skyrocket and mandatory health care became a hot presidential-campaign topic, some operators opted to pre-empt any legislative directives by paying the majority of their employees’ health insurance premiums.

Burgerville, the 38-unit quick-service chain based in Vancouver, Wash., pays 90 percent or more of premiums for its employees. Within a year of making the decision, Burgerville’s parent, The Holland Inc., recovered the $1.4 million it spent to cover employee premiums. The recovery came through cost savings from better employee retention and lower turnover expense as well as better employee performance.