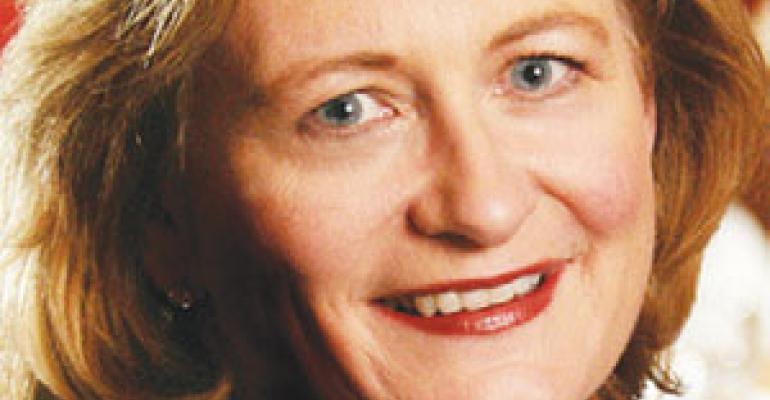 From the president of the National Restaurant Association

The following is the most recent letter on the state of the industry featured in the May 16th issue of Nation's Restaurant News from Dawn Sweeney, president and chief executive of the National Restaurant Association and the NRA Educational Foundation.

The restaurant industry, like all modern industries, is interested in the numbers. We spend a lot of time perusing sales figures, tallying up the number of customers and tables turned, the price of supplies, the size of the payroll. What’s the latest trend in unemployment? Which way is the stock market moving? What’s the rate of inflation? What’s the rate of consumer spending?

Those numbers often play a large role in our decision making during difficult economic times. That’s why we were so encouraged by one number — 50,000 — that was in the news recently.

That number is, you’ll probably remember, the number of people McDonald’s planned to hire during its National Hiring Day April 19. The McDonald’s marketing machine was in high gear, with media coverage and events running across the country. But beyond the sheer publicity, this hiring number brought into sharp focus the importance of our industry to the nation’s economy.

One national newscast that April morning put the McDonald’s story on top, followed by interviews with economists and analysts. Restaurants are on the front lines of consumer spending, the experts said, a leading indicator of where we are headed as a nation.

This is not news to many of us, but it was certainly gratifying to see the attention paid to our industry and our national role. Restaurant industry job growth has outperformed that of the overall economy every year since 2000. More than 1.3 million restaurant jobs were added this past decade, even as overall employment dropped. Right now, one out of every 10 jobs in the U.S. workforce is a restaurant job. We’re employing more than 12.8 million people.

Beyond direct employment is the impact our businesses have everywhere a restaurant operates. For every job we provide, others are put to work supporting our operations or are benefiting from the spending of our employees. In fact, every additional million dollars in restaurant sales generates 34 additional jobs for our economy.

But there is something even more important than these numbers. That’s how these jobs shape lives. The next time you are out with friends, look around the room. Statistics show that about half of all adults have worked in a restaurant.
For one out of four, it was their first job. Many stayed in our industry and built successful careers. Everyone learned the value of a job and the rewards of hard work. That’s the story behind the numbers — the 50,000 hired by McDonald’s or the millions we employ every day. We are feeding the nation and our country’s future.

Dawn Sweeney is president and chief executive of the National Restaurant Association and the NRA Educational Foundation. Please send comments and suggestions to [email protected].