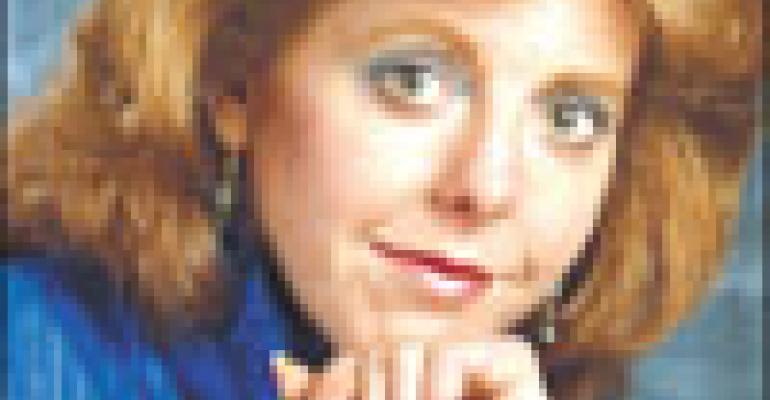 While jogging in Central Park yesterday and listening to National Public Radio, I heard a reporter interviewing Iowa voters who were participating in a mock presidential election caucus. One woman claiming to be “very successful” in her publishing business said she didn’t believe in “universal” health care, didn’t want the government to interfere with her health care choices, but wants cuts in government spending and objects to paying for kids’ school breakfasts.

I felt compelled to snap some sense into this woman’s uninformed brain and directed my comments toward my handheld radio.

“Of all the programs you could pick to single out for cost cutting, why the breakfast program?” I asked. “Don’t you realize there’s a connection between giving children a healthy start in life by providing them with nutritious breakfasts and lunches, and the subsequent savings in health care and illness-related loss of productivity in later life? Do you really think that all parents are sending their kids off to school with stomachs filled with essential nutrients?”

Too bad the woman couldn’t respond.

Her comments emphasize the continual struggle to educate the American public about the need for integrated wellness policies and practices, such as serving kids nutritious meals.

The age-old question is ever present: How much are taxpayers willing to pay to help kids get a healthy start in life through school nutrition programs?

Americans currently pay $13 billion a year in federal dollars to support programs serving 8.5 billion school lunches, school breakfasts, and meals at child and adult care programs and summer programs. Only 18 states provide reimbursement for the programs. But even if this funding, which is about 0.46 percent of the $2.8 trillion in spending in the 2007 federal budget, were to stay the same in subsequent years, is it sufficient for producing meals that meet growing expectations for higher nutritional quality with more fresh fruits, vegetables and whole grains and Dietary Guidelines-recommended levels of fat and sodium? With food, transportation and labor costs continually rising, what must be given up or added in the way of new revenue streams to make ends meet?

All these questions have come under more scrutiny since the Child Nutrition and WIC Reauthorization Act of 2004 mandated that local wellness policies had to be in place by 2006. Heated discussion is already under way about funding and other issues that would be part of the 2009 Reauthorization Act. The School Nutrition Association, or SNA, recently released results from three SNA-sponsored studies that point to the many benefits that result from the move toward healthier menus, but also call attention to directors’ concerns about whether they have adequate funding to provide more nutrient-dense meals.

SNA also is responding actively to other studies that paint a picture of a rosier future than most of its members face. For example, a study conducted by economic researchers at the University of Minnesota found that healthy school lunch meals in Minnesota don’t necessarily cost more to prepare. SNA contends that “the study authors did not take into account the cost of capital investments in equipment, kitchens and ongoing training of staff.”

“A one-size-fits-all solution doesn’t work because in addition to having limited resources for equipment and kitchens, some of us also have labor expenses that include very costly benefit packages,” said Mary Hill, executive director of Child Nutrition Services for Jackson Public Schools in Jackson, Miss., and president of SNA. She is hoping the soon-to-be-released USDA study about whether healthy meals cost more will show the inadequacy of funding, which is what she faces in her district. Whatever the results, however, she said she welcomes facts that will shed more light on the current situation.

When asked what message she’d like to send to others in foodservice and related industries, she said: “Despite criticism, we’re basically moving in the right direction in school foodservice to serve healthier foods. But we need help from others. Suppliers must provide healthy foods kids will eat. Parents and other community members must join in the effort to fight childhood obesity and diet-related problems. Chefs working at restaurants and in other segments can help by providing staff training and development. Ultimately, we’re all part of the same industry. Their customers are our customers.”

We can all hope that, in the coming year, wellness becomes as much a part of the national debate on health care reform as the treatment of illnesses. If we start adopting that viewpoint, a kaleidoscope of possibilities for sensible change may emerge.