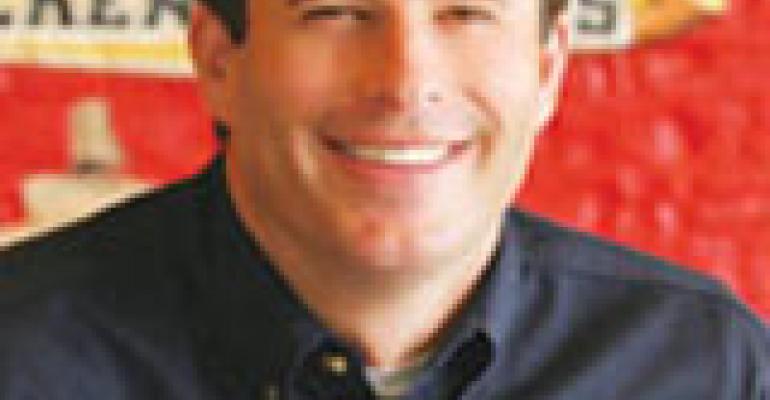 Todd Graves’ business card identifies him as founder, chief executive, fry cook and cashier. Now the restaurateur can add another title: undercover millionaire. The founder of Baton Rouge, La.-based Raising Cane’s Chicken Fingers, which now has more than 70 units in 13 states and does $125 million in annual sales, is being featured in a new reality series called “Secret Millionaire” that begins airing on the Fox network Dec. 3 with a two-hour premiere.

The show follows nine millionaires who each spend a week living undercover in impoverished areas. At the end of their week, they reveal themselves and pick someone in those communities on which to bestow a gift of at least $100,000.

The undercover millionaires include an Internet mogul, magazine publishers, a socialite and a software inventor.

Graves and his wife, Gwen, a former McDonald’s franchisee, spent a week living in a trailer and doing manual labor and hourly jobs in a community still suffering from the devastation wrought by 2005’s Hurricane Katrina.

Why did you agree to do a reality show?

Right off the bat I was skeptical, but our marketing department said: “You might want to take a look at this. It’s about philanthropy.”

What did you do for the show?

We lived off $14 a day, so we had to get jobs during the week, and we volunteered. We worked in an orange grove. We picked tangerines.

I got to work in a restaurant, waiting tables.

What was it like being filmed 24 hours a day?

There was a six-person film crew, car cameras, a van, boom trucks. We were miked up. In the trailer was a camera that moved when you moved. After a while you start forgetting about it. We were so focused on what we were doing. The needs are huge.

Age: 36HOMETOWN: Baton Rouge, La.EDUCATION: University of GeorgiaEXPERIENCE: worked as boiler maker in a California refinery and a salmon fisherman in Alaska to save money for first Raising Cane’s, which opened in 1996 in Baton RougePERSONAL: married; two children; and a dog named Raising Cane II

What kind of needs did you see?

Housing was one. Water had been 25 to 30 feet over this community. Housing is where we focused our gift: a volunteer center for people who come down to build houses, a community center for kids, for counseling.

What happened when you revealed your true identity?

One day you’re wearing Wal-Mart clothes and the next day you show up in a suit and say, “We’ve been lying to you; we’re millionaires.” It was so cheesy to say. But we told them we wanted to help you with your vision and dream.

It was real emotional, a lot of crying.

How did you like being given the label of a millionaire for this reality show?

Money doesn’t define me or motivate me. I live a pretty simple life. I drive a 2002 Suburban that has close to 100,000 miles on it. I wear jeans and a Raising Cane’s T-shirt.