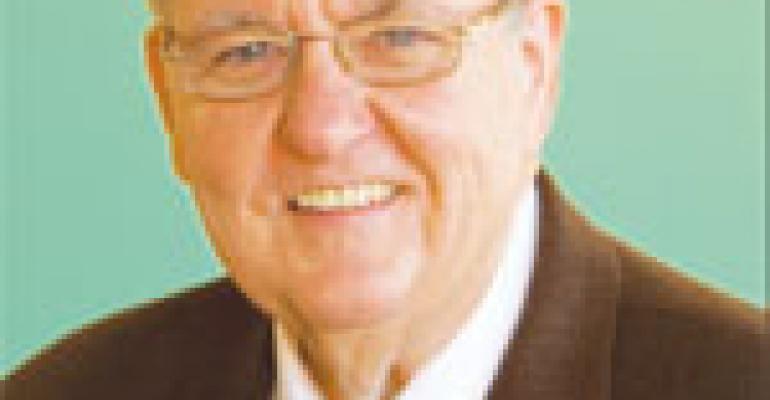 Having Words With Ron Magruder President And Chief Executive, Imvescor

Ron Magruder jumped right into the restaurant industry after high school and never looked back. He spent the bulk of his career with Darden Restaurants, where he opened Red Lobsters in Tokyo during the early 1980s and was named president of the company’s Olive Garden chain in 1987. In 1991, he was honored with Nation’s Restaurant News’ Golden Chain award for his work at the casual Italian dinnerhouse chain and named Operator of the Year by his peers. He also headed the Cracker Barrel family-dining chain, the Hops brewpub chain and served as a group president for Cara Operations Ltd., a Canadian company with more than 540 Swiss Chalet and Harvey’s restaurants.

Magruder, a former chairman of the National Restaurant Association, was tapped in early 2007 by Moncton, New Brunswick-based Imvescor to help manage and grow its four brands: Pizza Delight; Mike’s, a sandwich concept; Scores, a rotisserie chicken chain; and Baton Rouge, a chain of upscale dinnerhouses.

How did you get into the restaurant business?

I got a job washing dishes at a Big Boy restaurant in Glen Ellyn, Ill., and, you know, I stayed there, and after a couple years got into management there. I left there and … I have done everything from carhopping to bartending to banquet service. I was fortunate enough in 1972 to quit jumping around in all those places, and I went to work for Red Lobster as a management trainee in Atlanta. Then I worked my way up to through Red Lobster, eventually to VP of operations. I spent about 24 years with Darden.

What are some differences between operating in the United States and Canada?

Seventy-three percent of our business is in the province of Quebec. Quebec is a French-speaking province, so for me it has been a lot of fun taking the knowledge I had in the U.S. and coming into another country and taking those disciplines that you learn along in business and applying them in a different environment. But, you know, there are a lot of differences between Alabama and Washington, D.C., and Kansas City. You have to understand the customer needs and expectations in different markets. The taste profiles might be a little bit different. But that is not a Canadian thing. … Markets are different. I think chain businesses have learned that you have to respond to that. You compete globally, but you also compete locally. You have to take that into consideration when you develop recipes, menus, flavor profiles and even service profiles.

Is Canada dealing with the same economic pressures as the United States?

Probably what is affected the most is that five years ago the Canadian dollar was about a 40-percent discount. Now it is almost on par. That changes things. I think it is beginning to have an impact here. It helps in a sense that a lot of Canadians are running across the border to buy things that used to be 40 percent more expensive. Of course, a lot of U.S. people are not running across the border to buy stuff that used to be 40-percent cheaper. So tourism is starting to feel some of the impact here. But not to the degree that it is in the U.S. at this point. … Generally, we are not as far down that path as the U.S. I’m not an economist, but my guess is we are probably nine to 12 months farther back in the cycle at this point. Now if things change, we can very quickly get out of it. We recover faster and it takes us longer to get into because it is a smaller economy.