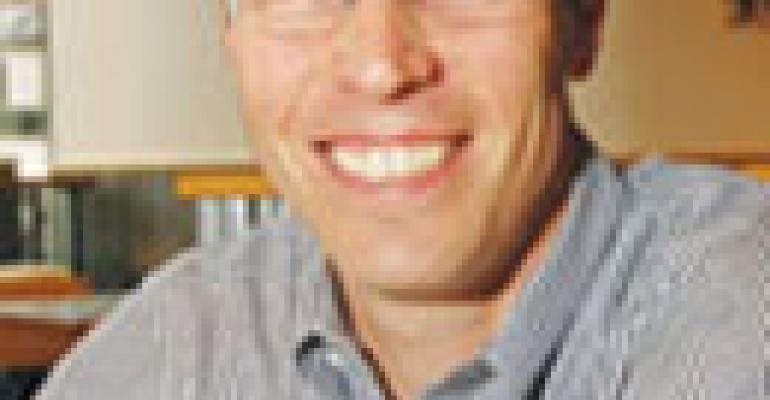 Monty Moran had no qualms about sharing the chief executive position at Chipotle Mexican Grill Inc. with founder Steve Ells. He was promoted to the job-sharing role after three years of serving as president and chief operating officer of the Denver-based fast-casual chain. While both Moran and Ells are involved in all aspects of the company, which has more than 800 restaurants, they each have their own niches. Ells, a graduate of The Culinary Institute of America, remains focused on Chipotle’s Food with Integrity program and its goal to support sustainable agriculture and serve all-natural, hormone-free beef, pork, chicken and dairy products. Moran, who came to Chipotle with a mission to create a positive “people culture,” remains committed to that task.

Just what kind of “people culture” are you trying to achieve at Chipotle?

One where people are empowered to do their very best, one with top-performing people.

How do you build that kind of culture?

To build a culture of top performers, you have to build from the bottom up. When I first started, we were hiring people off the streets who had “restaurant experience” and bringing them into restaurants and training them to become our managers. They were being trained by crew people who were making $8 or $9 an hour. Six weeks later, that person would go on to become a general manager and be the boss of these crew people who remained in those positions for years, with little chance of moving into higher-level management positions.

Why was it difficult to advance from hourly positions?

The staffing structure in the restaurants was an issue. The next rung on the ladder was supervisor—someone with keys to the restaurant who opened in the morning. It was a big jump from crew to supervisor, and it did not happen often.

So how did you change that?

We did a number of things. First is realizing the manager is the most important person in Chipotle, more important than CEO positions. These are the people who pick all of the crew members who are responsible for giving great restaurant experiences to our guests. To demonstrate how important they are, we created a bonus program that was highly disparate. The best managers got huge bonuses; the worst managers got zero.

We only promoted from within and stopped hiring off the street. We restructured the hierarchy so a crewmember could advance to kitchen manager, to service manger and then apprentice, and then a general manager, then a “restaurateur,” our elite managers.

Has this approach improved the diversity of your management ranks?

We’re starting to see that happen now. Some of them were new to the country and did not speak English well. But on their own they took initiative to better themselves and rise up to management positions. That’s a wonderful side benefit of the culture we are creating.