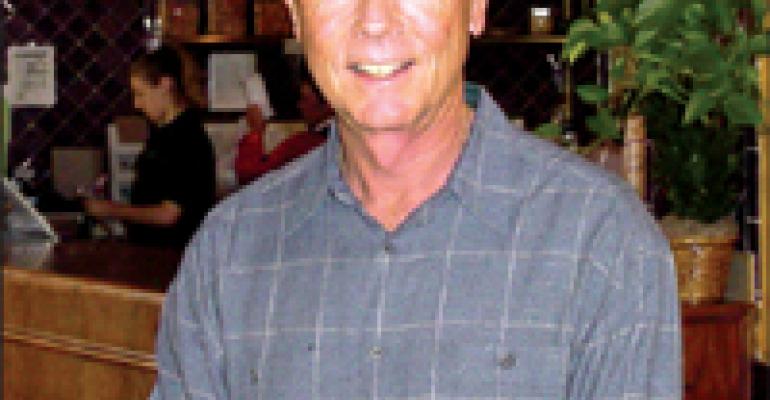 Careers in the movie industry were not very promising when Mike Schneider graduated from Florida State University in 1972 with a degree in television and motion picture production. Landing a job as a bartender was the closest he came to foodservice before launching the casual-theme Applejack’s in San Marco, Fla., the following year with his former wife, Terry, an artist. After a long struggle that included borrowing and losing lots of money, the Schneiders closed Applejack’s and opened The Loop, a hybrid brand offering food of full-service quality in a counter-service setting, in Jacksonville, Fla.

“We took our equipment out of the warehouse and created a concept based on Terry’s childhood memories of Chicago: deep-dish pizza, Italian sandwiches and famous hot dogs,” Schneider says.

The Loop has continued to evolve and refine its identity. But the original focus on pizza, burgers and salads has proven itself with customers during the past 25 years. The brand’s logo finally became The Loop Pizza Grill.

“To be completely accurate, we should rename it The Loop Pizza, Burgers and Salads,” Schneider jokes. “But name accuracy isn’t a problem. We have the formula down, and we’re continuing to grow.” With a 30th location recently opened in Birmingham, Ala., the group has another store to debut by year-end and six more are on track for 2007. There are 50 stores under contract for development in The Loop’s six-state region—Alabama, Florida, Georgia, Louisiana, and North and South Carolina—by 2010.

Some pizza brands pride themselves on broad ancillary menus. Other say quality must be the key focus. How do you preserve quality with a broad menu?

Our only ancillary items would be things like The Loop soups and our hand-dipped, old-fashioned milk shakes. We have variety to begin with, and we do quality well. Burgers are cooked one at a time on a char-broiler. They’re all hand-patted and never frozen. We’re not going to put our food through a conveyer. We want to make sure the cheese is melted just right. Our philosophy is taking extreme care and putting out a superior product.

Many fast-casual brands are doing well in college towns because of abundant clientele and labor. Has this been your experience?

Our busiest Loop restaurant is inside of Duke University in Durham, N.C. I’m kind of encouraged because the kids at Duke are thought to be among the brightest in the country—our next leaders—and they have to study so hard. Maybe that’s why there are no students working in the unit. We have other college town locations near enough to the campuses to notice the strong impact. Students like The Loop’s environment. It’s not plastic, but real.

What are your top-selling pizzas, burgers and salads?

The Spicy Cilantro Chicken is our best-selling gourmet pizza. In the deep-dish category, it’s sausage, pepperoni and mushrooms. The Loop ’N Cheddar Burger is straightforward, no frills, big, thick and juicy, and everybody loves it. Of our 10 beautiful entrée-size salads, the best is Walnut Gorgonzola. But the Caesar is still amazingly popular after 25 years.

What are you doing differently?

We’re investing in tools to help us do a better job. One of our projects is a state-of-the-art learning and training center, completely interactive, to reach a new employee generation. It should be operating in six months. We’re also opening our restaurants to youth groups to provide fundraising opportunities. Another thing is we’re taking “employee assistance” a bit further than other companies by bringing “chaplains” into our stores who find ways to counsel employees on life problems. Also, we’ve never marketed the franchise concept, but we want to begin doing that by next year. Finally, we’re going to roll out a more cost-efficient prototype to help operators deal with higher rents and land costs.