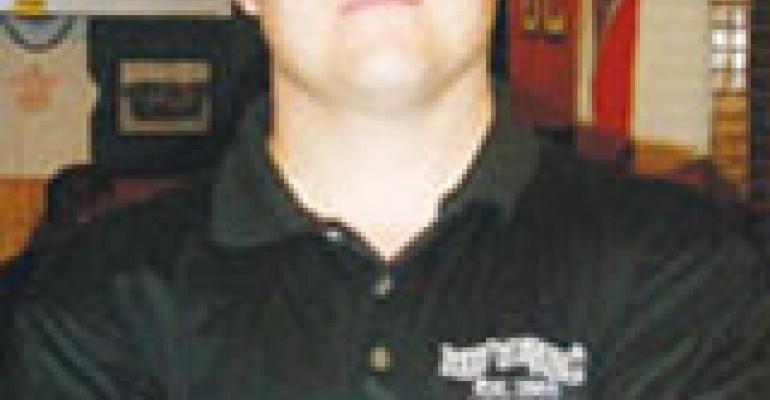 When mass layoffs touched his town in general and his regular customers in particular, Mike Jacobs took action. Jacobs, a single-unit franchisee of Tampa, Fla.-based Beef ‘O’ Brady’s, created “Pink Slip Paybacks” to help patrons of his “family sports pub” in Sunrise, Fla., who had been downsized. Through March 15, any customer can make a reservation for a free meal if they present their letter of termination. Friends and family members dining with their laid-off loved ones also receive 15 percent off their meals.

The “Pink Slip Paybacks” promotion already has attracted a partner in supporting the region’s downsized workers. Beef ‘O’ Brady’s of Sunrise soon will host “career night” sessions with WorkForce One, an employment solutions provider in Broward County, Fla. At the sessions, laid-off customers will be able to learn résumé-writing tips, browse for job leads on the restaurant’s wireless Internet and practice job interviews.

How did you think of this promotion?

We have a good friend that’s become a regular, and he got laid off and we hadn’t seen him for a while. He and his family came in every Sunday. He said, “We can’t go out because I got laid off. You guys should do something for people who got laid off.”

We thought that maybe there’s something to that idea. We invited him in, bought his meal and bought him a beer.

Restaurants are getting hit just as hard as any other business. How can you afford to do this?

I think we’re making it back. Beef’s isn’t a real high-end restaurant, so buying one meal isn’t a huge expense. We’re not sure what the overall cost will be, but it has created a buzz. We’ve received lots of calls saying this is great, and we got a letter from somebody who said that even though he didn’t get laid off, he’s glad we’re supporting those who have been, and he’s going to come in.

So far 28 people have come in for this, and two more have reservations. We’ve had a lot of positive feedback. Everyone that’s come in has come with a paying customer, and we’re getting some new paying guests.

What do they think about “Pink Slip Paybacks” at Beef ‘O’ Brady’s headquarters?

They think it’s terrific. This is the kind of innovation that the system needs, and it fits into Beef’s model of being active in the community.

What do your staff members think?

They think it’s great. There’s been no negative to it. If we can help people out and create positive energy in the restaurant, that’s what we’re trying to do.

The economy’s not expected to recover fully by March 15, so how do you follow up a generous promotion like this?

We just need to continue to greet every guest and get to know everybody. That’s been helpful for us as owner-operators, knowing everyone’s name and getting to know their kids and creating that loyalty. Hopefully, people do think of us first when they go out again.

What does this promotion tell you about the importance of local-store marketing?

It’s everything. We have paid for print advertisements, TV and radio, but we’ve got the best response from this. People are blown away by a really small thing on our part. It’s touched more people than a traditional paid advertisement.