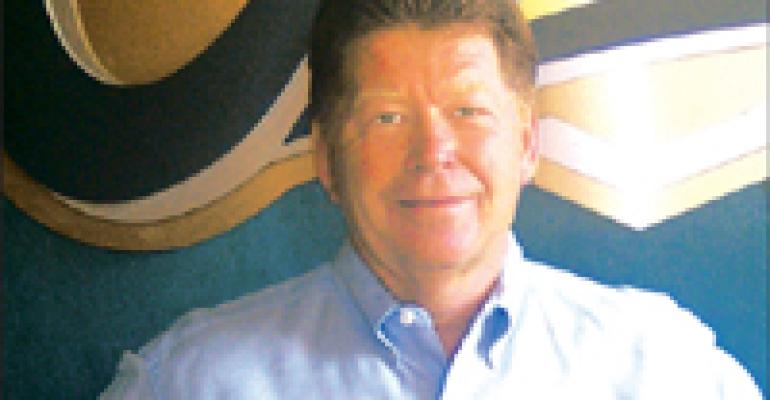 It has been more than a year since the 17-unit, fast-casual Pat & Oscar’s chain, based in San Diego, was purchased by Australia-based private-equity firm Pacific Equity Partners. At the time, John Wright, Pat & Oscar’s president and chief executive, had already launched a restructuring effort that has continued under the new ownership.

Among the strategic changes to date, three low-performing units were sold earlier this year to Austin, Texas-based Fuddrucker’s. Two company-owned stores are scheduled to open by the end of the fiscal year ending in April 2007, with four to six openings planned for the next year. In addition, company officials are in the process of launching a franchising program that is expected to begin early next year.

All existing restaurants are being remodeled, and the company also has developed a streamlined express version of the concept, called Pat & Oscar’s Café, which they said they hope to put into malls and airports as the chain expands.

What is the advantage of having an express version of your concept?

It gets you more penetration. In San Diego, for example, we will have 10 restaurants, but we would still have eight to 10 malls where we could put this concept without cannibalizing our existing restaurants. We’re talking to mall landlords now, and we hope to open the first in San Diego in the first quarter next year. This was actually the idea of a potential franchisee who is interested in bringing Pat & Oscar’s to Las Vegas.

EDUCATION: bachelor’s degree in English from the University of Delaware

How would the menu differ from the core brand?

The cafe would have the chicken, ribs and dinners for one, as well as some salads. It would be basically the same menu, but smaller.

What changes have you brought to the menu for the core brand?

We’re doing line extensions every three months or so with new limited-time offers, such as the new salads during the summer. This fall, we have added a line of wrap sandwiches, for example. So we’re basically taking the core menu, which we’re trying not to deviate from, and adding things guests are asking for.

We have eliminated all trans fats from the menu, though there were only four items with trans fats previously. One of them, however, was our signature breadsticks, and it took almost a year to find the right reformulation. But, since the change, our food-taste scores have gone up.

Pat & Oscar’s took quite a hit after a foodborne illness outbreak related to lettuce in 2004 resulted in a Wave of litigation. You have said that all the lawsuits involving victims and suppliers have been settled, but what was the chain’s response to the more recent E. coli outbreaks tied to spinach?

We had a spinach salad that was immediately pulled off the menu, even though we didn’t have any of the produce that was named [in the recall]. People asked about it, but salad sales overall didn’t drop at all—and we had expected some movement. I think the media coverage was so geared toward bagged lettuce in supermarkets that people didn’t really associate it with restaurants.

How has it been working with the new owners?

All the changes they have put in are wonderful. They’re letting us run the company with little intervention. They’re pleased with the progress we’ve made, all and all, and the cash we’re making they’re allowing us to put back into the company.