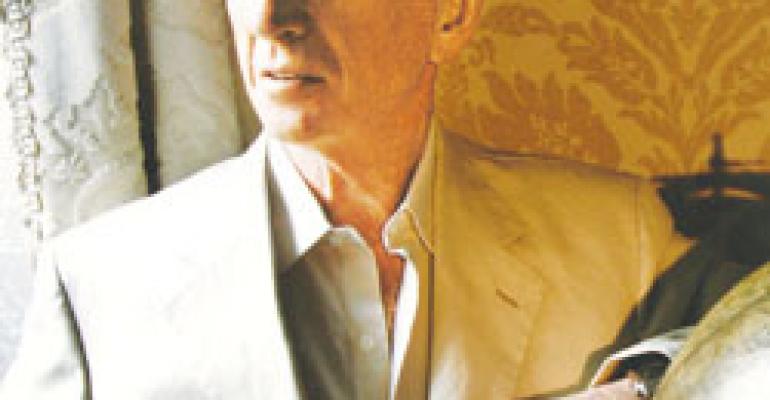 Having words with John B. Coleman Chairman, The Jockey Club LLC

John B. Coleman left a good post-college job at an investment-banking firm in Boston, packed his bags, got an apartment and moved to Chicago to take a job offer from a well-known entrepreneur there. But when he got to Chicago and showed up for work, he found there was no job for him. In retrospect, he says, that was the best thing that could have happened.

Unwilling to return to Boston “as an immediate failure,” Coleman stayed in Chicago and went into business for himself. Although he says he knew nothing about hotels other than what he liked to see as a guest, Coleman became a hotelier with the famed Whitehall and Tremont in Chicago, and then in 1977 he acquired the Fairfax Hotel and its famous Jockey Club restaurant in Washington, D.C.

The Jockey Club opened in 1961 and was made famous by President John F. Kennedy and his family. For four decades the restaurant was a Washington institution before closing its doors in 2001. But Coleman reopened those doors a year ago in the refurbished Fairfax Hotel, now owned by the Boston-based Pyramid Hotel Group. Coleman even rehired the restaurant’s longtime maître d’, Martin Garbisu, who held that position from 1978 to 1993, as part of his plan to re-establish the iconic operation as the place to “see and be seen” for Washington, D.C.’s elites.

Why reopen the Jockey Club now?

I sold the hotels around 1998, and sold the name of the Ritz-Carlton and the buildings to two separate owners. But the one thing I did keep was the Jockey Club trademark.

The Pyramid Group approached me to open a Jockey Club in the same building it had been in, the Fairfax Hotel. And the most important part of it was that the standards would have to be maintained.

I never believed in the concept of a hotel dining room, but [rather] of a restaurant that would serve the community, because from a marketing point of view, the exposure of the restaurant would build up the hotel’s business. It was very important to build a restaurant that would attract the pillars of its community. You can’t put the Jockey Club name on a restaurant and just expect it to be great. There’s a lot of effort that has to go into it. It has to be nurtured. The restaurant business is competitive. Washington has better restaurants now than it did before.

How has business been going?

Business has been growing. It’s not where we want it now, of course, but I would say the economy in Washington is excellent and the hotel market is better than anyplace in the United States.

Washington is doing better than the rest of the nation?

Do you have plans for any more Jockey Clubs?

Yes, we have plans for the whole Jockey Club enterprise, not just for more restaurants, but merchandising, motion pictures and other endeavors. But the first thing is to get this one as close to perfect as we can.