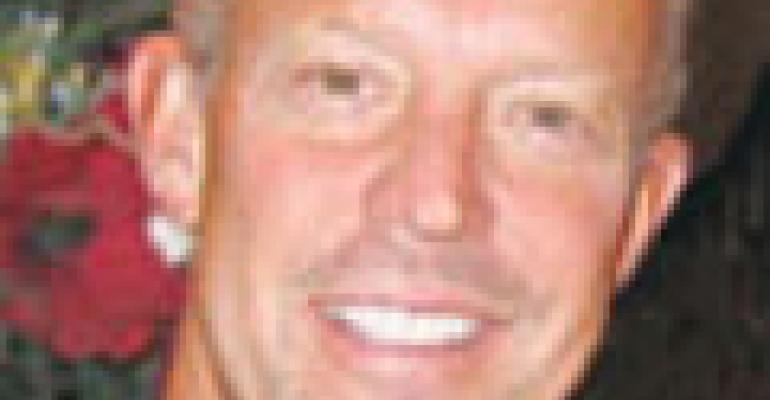 A37-year veteran of the foodservice industry, Greg Dollarhyde took on the roles of president and chief executive at Zoe’s Kitchen, a 21-unit fast-casual chain, in December. Based in Birmingham, Ala., Zoe’s Kitchen offers Mediterranean-inspired sandwiches, pitas, salads and soups. Dollarhyde says he has been a proponent of what he calls, “good food fast” since the mid-1990s, when he worked at Baja Fresh, which he is credited with growing from about 40 locations to more than 200 units before selling the Mexican fast-casual chain to Wendy’s. Dollarhyde became involved with Zoe’s in November 2007 after he and Brentwood Associates, a Los Angeles-based private-equity firm, made an undisclosed investment in the chain.

What makes Zoe’s Kitchen such an attractive chain for you as an executive?

On a conceptual basis, what I really enjoy about Zoe’s is that it is clean, fresh food. I have been a clean, fresh food fan for a while, back when we were doing Baja. That was about taking Mexican to clean, fresh flavors. Same thing here at Zoe’s. Clean, fresh, no tricks, no stabilizers, no chemicals; it is really straight, right-at-you food, and very tasty and flavorful to eat. When you can combine clean, fresh and savory, I think that is a winner in the fast-casual market.

What category does Zoe’s menu fall under?

The concept is Mediterranean-inspired. It’s not designed to be Greek, which I think gives the concept a lot of umbrella to go forward, to develop menu items from that part of the world, whether it be lamb tagine sandwiches from Morocco, or whether it is Italian, Spanish or Greek. People like those flavors. They’re captivating, they’re memorable and they are clean. When you get done eating, you don’t feel full like you have eaten a bunch of fried food or something.

Also, the look of the restaurant is very pleasing to women.

Are you targeting the female diner?

Well, there is research that I think I have read in Nation’s Restaurant News that says 65 percent of all decisions to go out to eat are made by women. There are plenty of chains out there that are going after the 18-to-35-year-old male. The part of the industry that is not as well staked out is what is attractive to women. That is where we are coming from. We are not trying to be a ladies’ lunch place, but to be friendly and attractive to women—women who bring children and women who bring other women.

In this economy, what are the advantages of being in a fast-casual niche versus some of the others?

Well, in 1996 or 1997, I was running around the industry talking about “good food fast” before it was called fast casual and about what made “good food fast” work. The reason I got involved with Baja in the late ‘90s was for exactly that reason—because fast casual had a lot of these attributes. It was quick enough. It is customizable. That is big plus.

There is no tipping. The environments are much more upscale than fast food, and therefore, the food was fresh, with more made-to-order food. Those attributes really made for a distinct advantage against the casual-theme operator.