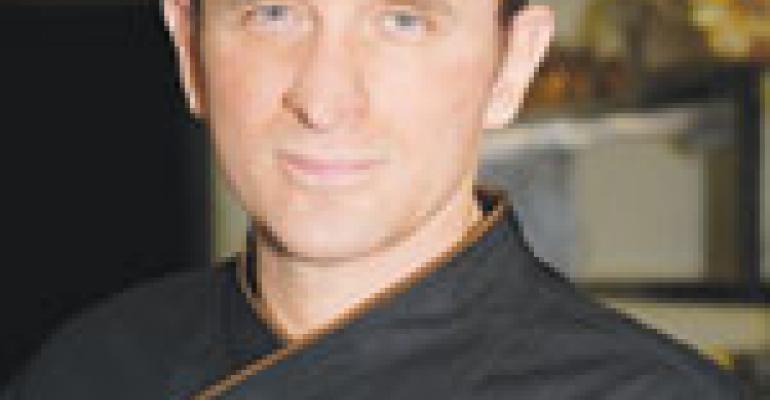 Erik Blauberg made his name designing kitchens and engineering menus at venerable Manhattan restaurants in the 1990s like Colors, American Renaissance and the 21 Club, but his success was hardly limited to New York. He also was executive chef of the Jalousie Plantation Resort in the British West Indies and was the consulting chef responsible for the opening of the Walt Disney Celebration Project, a planned community in Celebration, Fla.

Drawing upon his years of success leading the Haute American cuisine movement, Blauberg now works primarily as a self-described “restaurant fixer,” consulting independent operators in every area from kitchen design and purchasing to menu development and staff training. His EKB Restaurant Consulting is full-service, able to turn around a failing restaurant or develop one from the ground up.

If a restaurant is in a really bad way and everything needs to be fixed, where’s the first place you go?

The first place I’d go would be the front- and the back-of-the-house at the same time. We have a meeting immediately, and I go over my game plan. I explain to the staff that we’re here to make good changes. Communication there is very important.

So is finding the right purveyors to bring the right products.… You want to track it immediately. You don’t want to wait until you’re behind. If you see something that’s out of place—say this week we’re running a 40-percent food cost and we need to cut back—look at the sales reports and see what’s selling.

HOMETOWN: New YorkEDUCATION: “all on the job”EXPERIENCE: executive chef positions at Colors, American Renaissance, the 21 Club and the Jalousie Plantation Resort in the West Indies; consulting chef of the Walt Disney Celebration Project in Celebration, Fla.

How do you know if a restaurant concept is working?

I look at the menu and the decor, and evaluate the area.… You could walk down any street in New York and there’s one place that’s superbusy and packed, and it’s a trendier restaurant, the food is more interesting, the price point is fair. Then three doors down there’s an Italian restaurant and there’s one [occupied] table. So that concept is obviously not working.

What I do is implement early-dinner and lunch prix-fixe menus. The most popular menus right now are those $20.08 three-course menus. They’re important, and you can make money on them because they raise customer counts. You want to keep your seats filled, and I’ll do whatever it takes to fill it. I’d take $20 rather than take nothing, and even if I only make $7 or $8 on a $20 menu, that’s $7 or $8 more than I had in the drawer if that seat wasn’t filled.

What’s a good way for a small operator to start small with some of what you advise?

Well, it’s about training. I’ve taken dishwashers and said, “This is what I need: When the product comes in, you’re going to be the guy to weigh it.” Rather than just bring a receiving person in, take the staff that you have and utilize them. Train them. Show them what you’re looking for, and you’d be surprised. You could save a lot of money. Not only on the goods that are coming in, on that particular issue, but also on not having to hire another person. Cross-training is what it’s all about.