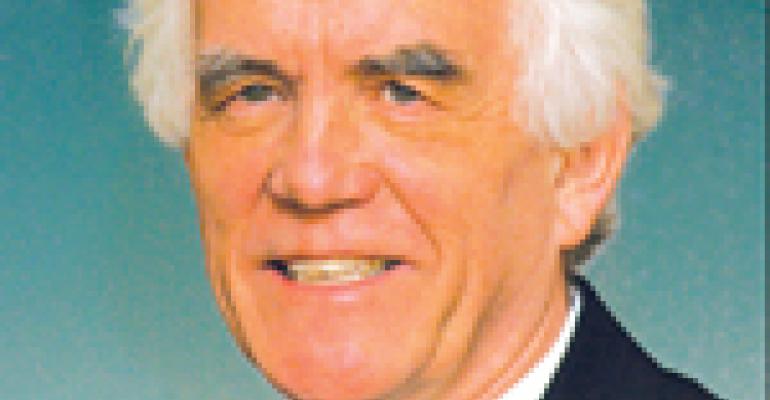 Chuck Hunt, executive vice president of the New York City chapter of the New York State Restaurant Association, has been leading the charge against two proposals presented recently by the New York Department of Health and Mental Hygiene—one that would reduce trans fats at restaurants and another calling for nutritional information on menus.

If passed, the first would require restaurants to use only shortenings and oils with less than 0.5 grams of trans fat Per Serving and eventually reduce the amount of trans fats in all other menu items to 0.5 grams per serving. A second proposal would require restaurants that already distribute nutritional informational to display that information on menu boards or menus.

The department is expected to vote on the regulations in December. Hunt and the NYSRA, with help from the National Restaurant Association, were set to challenge the proposals at an Oct. 30 public hearing before the health department. In the week leading up to the hearing, Hunt spoke about the organization’s efforts and the impact the regulations may have if passed.

What has been the NYSRA’s response to the proposed regulations?

Our major objection is to the idea of a nonelected agency invoking a total ban on something. We feel this kind of progress would be better done with a legislation review by the City Council where restaurants can talk to legislators that represent their neighborhoods.

We also don’t feel they gave the voluntary program enough time. Nor did they really produce enough effort to try to educate.

The National Restaurant Association says people eat 4.2 meals a week away from home. That means they’re still eating 76 percent of their meals at home. I can’t support the idea that banning trans fats in restaurants is going to have a great effect on the overall health of consumers.

How should the trans fat issue be handled instead?

[Health regulations] should focus on the larger health picture at hand and educate the community about the aspects of leading a healthy lifestyle. Over the years our society has received a great amount of information about many dietary issues—low fat, high fiber, low carb, low sugar—and the restaurant industry has created many menus to meet the changing needs of our customers. When [the health department] introduced the voluntary proposal, we cooperated fully and tried to get information to our member restaurants. There’s certainly been progress [removing trans fats from menu items].

What are the future implications of such a ban?

New York tends to be a hotbed of trends. A good example is the way in which the smoking ban, once it passed in New York City, was brought up at the state level and then around the country. That’s a totally different health issue…but it’s a good example of the way regulations like this can spread.

What are the NYSRA’s objections to the health department’s proposal on menu labeling?

We support the need to address obesity, but [menu labeling] really doesn’t work, our customers tell us. [The proposal] applies to chains that already have made nutrition information available to customers. Those restaurants have been leading the way in providing information, and, as it’s been said, “no good deed goes unpunished.” If future regulations go beyond the current proposal, the cost of trying to obtain this information will be out of the realm of possibility for anyone but the big chains. Besides, even standardized menu items are hard to measure. With customer customization, it’s almost impossible. Think about a bagel with a “schmear.” What’s a cubic schmear?