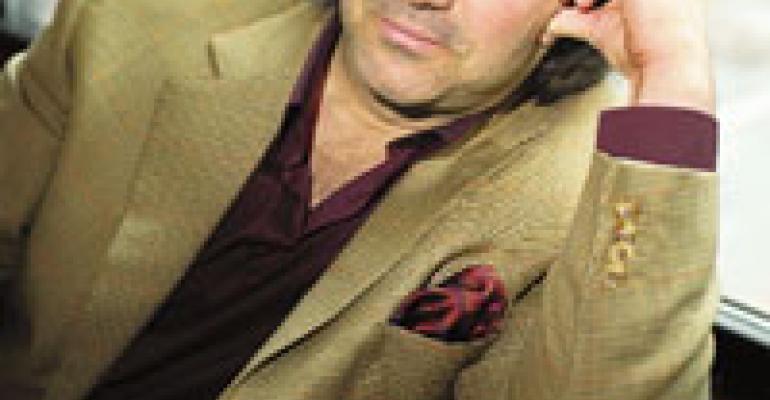 Christopher Myers has spent much of his adult life in the restaurant business. Despite forays into teaching, acting and even house painting, he has always found his way back to the industry he loves.

Afixture on the Boston fine-dining scene for years, Myers, a partner with renowned chef Michael Schlow in Radius, Great Bay and Via Matta, recently turned his attention to Myers+Chang, an Asian casual-dining concept he recently opened with his fiancee, Joanne Chang, owner-operator of two Flour bakeries, also in Boston.

How does an actor, a Harvard doctoral student and Ava Gardner’s house painter end up becoming a restaurateur?

The day after I graduated from high school I moved to L.A. to be an actor. I guess the best thing I can say about my acting career is I made one hell of a maître d’. If you’re an actor, you learn a lot about restaurant work. When I was 18, I started working at restaurants on the West Coast. Fortunately, it was right when the California cuisine explosion was going on; Wolfgang Puck was coming on the scene. I just got the bug, no matter how much I tried to delouse myself. I taught for a while and was not unsuccessful at everything else, but I was unsuccessful at leaving this business.

What makes your latest venture different?

Myers+Chang is something I opened with my fiancee. I won’t say it was for the sole purpose of spending more time together, but that was one reason why I did it. We always talked about opening a Chinese restaurant, and finally I said, “This is ridiculous; we need to open a funky Chinese place with a diner atmosphere.” So it’s half-diner and half-Chinese with Mandarin and Szechuan cuisine. We’ve been open for three months, and it’s doing great, even though it couldn’t be any more different.

Are you still working on projects with Michael Schlow?

We’re still working together on three restaurants, but he’s going down to Foxwoods [casino in Connecticut] and taking a concept there that I’m not involved with. It’s challenging. I have two partners—one I see every day, the other I don’t. It just requires a different way [of working] that at first seems really difficult because it’s just different, but once given a little time it works. We’re not nearly in each other’s hair as much. If the restaurants are created and branded in a way that the partners have a great deal of faith in, they can ride out difficult periods. We’re convinced we’ve created the best restaurants, and I guess if you believe in what you’ve done in the first place, it’s like having kids—they grow up and they’re strong and stand on their own two feet.

Is fine dining alive and well or do you see changes on the horizon?

Fine dining is alive and well, but I think that if you’re in that segment, you can’t afford to make any mistakes. Anybody can get someone to come to their restaurant once, but you have to give them a really concrete reason to come again. Boston is not a big city, so considering the number of restaurants we have you have to be extraordinary.

I’m seeing less of a search for innovation and more satisfaction in quality and excellence. If you’re doing what you’re able to do with skill and confidence, you’ll survive in this or any market. You don’t have to do an Indonesian kebab menu in order to last. Just do what you do, but do it without shocking or startling anyone. In scary economic times, that scares people. People will spend great amounts for a good meal; they just don’t want to be hoodwinked.