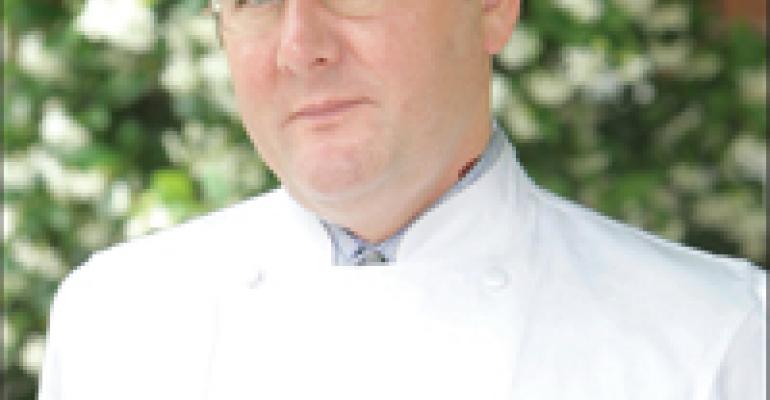 Charlie Trotter, who has become an internationally recognized chef and restaurateur since opening his namesake fine-dining restaurant in Chicago’s Lincoln Park neighborhood 20 years ago this summer, is not resting on his laurels. Although he and his contemporary American restaurant have won nearly every prestigious award in the book, he continues to find ways to expand what has evolved into a culinary brand. He also operates Trotter’s To Go, a takeout gourmet retail shop and Restaurant C at One&Only Palmilla Resort in Los Cabos, Mexico, and has authored 14 cookbooks and two management books. In addition, he hosts the PBS cooking series, “The Kitchen Sessions with Charlie Trotter.” Plans for several new projects are in the works.

What’s the biggest change you’ve seen in your customers during the past 20 years?

There is a vastly larger number of people who are not intimidated by the fine-dining experience. There is a lot less educating going on than there was 20 years ago. We used to have to explain so many things. We don’t do that as much anymore.

How has fine dining changed in general?

The descriptor of what fine dining is has considerably broadened. It used to be the French-Euro type of restaurant. Now there may be 40 restaurants in Chicago that fall into the fine-dining category. And people dine out with such frequency now. Restaurateurs have to be better than ever at what they do. The quality of service, foodstuffs and design has gone up.

We are seeing younger consumers, not necessarily in their 20s, but more people in their 30s. It used to be 40 and above because of the price point. We still have this dichotomy of people who love food as well as a segment of society that subsists on processed and convenience food.

What are your plans for Las Vegas?

In late November we will open Restaurant Charlie and Bar Charlie in the Venetian with Palazzo Development. It will be two restaurants in one. Restaurant Charlie will have a la carte dining with a $125 price point and will serve dinner only. There will also be a sushi bar, or our version of a sushi bar, with about 40 percent having a Western influence of hot and cold items.

Describe what you’ll be doing at the Elysian Hotel in Chicago’s Gold Coast neighborhood.

It’s a very high-end hotel that will open in 18 months with 180 rooms and 50 living areas above them. We’ll do all the food and beverage service and have a restaurant serving premium foods at dinner and more casual foods at breakfast and lunch. Also, we’ll do in-room dining for the hotel and foodservice for residents. It will be extreme attention to detail; it will be a great project.

What’s happening with book publishing and your PBS series?

We’re filming the next round of our TV show. It will be filmed in my house for a change of pace and venue. The name may change from “The Kitchen Sessions” to “Charlie Trotter Cooks at Home.” I have two books coming out in late fall. “Lessons in Wine Service” will be part of the management series and mainly for professionals. Then, we’ll take our very first cookbook and will redo every dish and reinterpret them for today to showcase the evolution of the creative process.

What are your long-term plans?