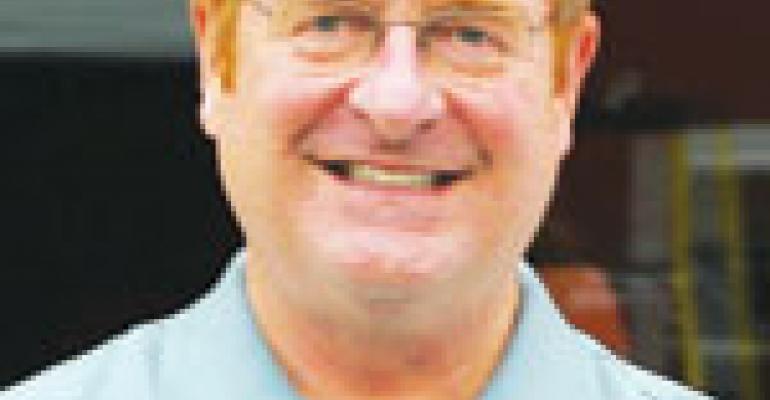 The recession hit much of the casual-dining segment particularly hard, but Bob Hoffmeister, president and COO of Margaritas Mexican Restaurants, says he is pleased with his company’s performance this year. Portsmouth, N.H.-based Margaritas has 19 casual-dining restaurants in New England. The company, which was founded in 1985, recently ramped up its franchising efforts and plans to open four more company-owned units in 2010, Hoffmeister said. Hoffmeister, who came to Margaritas in 2007, started his foodservice career at T.G.I. Friday’s as a dishwasher and worked his way up the ranks. He also worked for Chili’s, Applebee’s, American Hospitality Concepts and Ninety Nine Restaurant.

It is a tough economic environment, especially for casual dining. How is Margaritas doing?

Well, you know, we are doing pretty well. We are down about 3 percent, year to date. And most of the decrease, or I should say, all of it, is in the dining room. We are a twin-room concept, so we have a lounge and a dining room. The dining room has been a little soft, because the family business has decreased so much. People just aren’t going out with their kids as often. On the flip side, on the lounge side, our business is up. We do a very robust bar business. It is about a 45-percent liquor, beer and wine mix.

You are starting a franchising initiative?

When I got here it was pretty much the first thing I got involved in. We got all of our franchise disclosure documents in order. We got registered in all of the states we are interested in. And we just recently last month went to market.

How do you plan to grow through franchising?

HOMETOWN: Plainfield, N.J.CAREER HIGHLIGHTS: “I am in my career highlight right now. This is the happiest I have ever been and the best company I have worked for.”HOBBIES: camping

I was with Applebee’s for seven years. They just did a beautiful job of bringing on well-capitalized, strong franchisees that built an awful lot of restaurants. That really is the reason they are the size and type of company they are today.

Have you made any major operational changes since coming to Margaritas?

The company has always been very sound culturally. This is the strongest culture of any company I have ever seen. We have very low turnover, and that makes a company very healthy. That said, the smartest thing I ever did was hire an executive chef by the name of Martha Leahy.

She made some smart procurement practices and she increased our EBITDA [earnings before interest, taxes, depreciation and amortization] by 500 basis points. So, she walks around with a magic wand in her hand.

What did she do with procurement?

I will give you one big one. Of the 19 restaurants, we were dealing with 14 different produce companies. So we didn’t have any leverage. So we picked the best one in the area and gave our business to them. As a result, our quality went up and our costs went down.