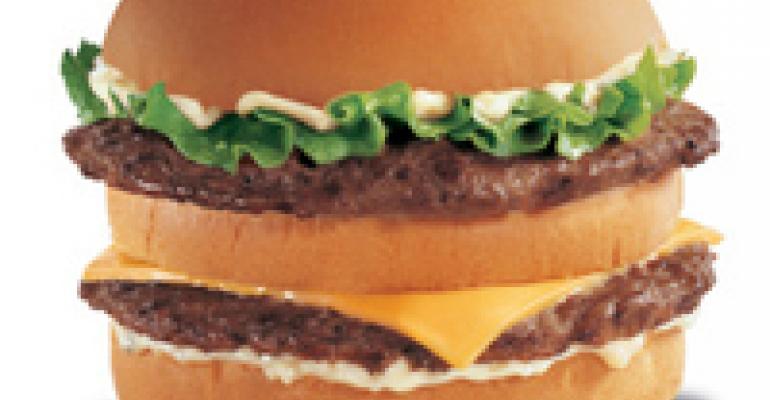 ST. LOUIS Hardee's is resurrecting an old signature item that never actually appeared on its menu. The 1,906-unit chain said it would feature Burger Chef Big Shef, a signature of the Burger Chef quick-service chain in the 1970s and 1980s, as a limited time offer at restaurants in Indianapolis; Terre Haute, Ind.; Fort Wayne, Ind.; South Bend, Ind.; and Dayton, Ohio.

Burger Chef, once the nation's third-largest burger chain, had a strong following in those areas. It was eventually absorbed into Hardee's, which is based here.

"Hardee's conducted a test in February where we brought back the Burger Chef Big Shef at one of our company-owned restaurants in Terre Haute. The response was overwhelming," said Brad Haley, Hardee's executive vice president of marketing.

Hardee's is a subsidiary of CKE Restaurants Inc., which is based in Carpinteria, Calif. CKE also operates or franchises 1,087 Carl's Jr. restaurants and 96 La Salsa Fresh Mexican Grills.