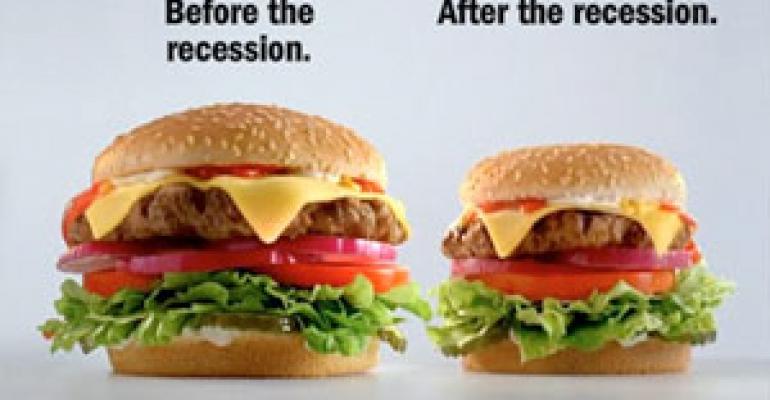 ST. LOUIS Inspired by Hardee’s relatively diminutive quarter-pound “Little Thickburger” and given a multimedia canvas on which to create an advertisement comparing ‘Little’ to his bigger brother, third-pound “Thick,” nearly 30,000 Internet users did just that, the 1,912-unit chain said.

The St. Louis-based chain, which is owned by CKE Restaurants Inc. of Carpinteria, Calif., is known for engaging commercials and last fall scored strong consumer response to TV spots by Mendelsohn|Zien that compared the Thickburger and Little Thickburger. To follow up, Hardee’s developed on its website an “Ad Generator” application to let fans try their hand at ad copy writing and music selection. Participants could preview their work and share a link to it with friends via e-mail.

Lack of a large cash prize or other major inducement didn’t deter the output of would-be commercial crafters. Nor did it harm the quality of their work, said Hardee’s officials, who noted that the submissions “exceeded expectations,” prompting the chain to select 16 for airing in the markets from which they came so the creators could “earn maximum street cred for their ideas.”

First up Wednesday were user-generated spots from the Midwest and Southeast.

“We have a reputation for edgy and humorous advertising, and the Little Thickburger campaign was a great example of that approach,” said Brad Haley, Hardee’s executive vice president of marketing. “When the campaign started to produce a lot of fan mail from viewers, we wanted to let people have more fun with it so we created the online 'Ad Generator' app, so people could create ads of their own.”

Hardee’s, for the fiscal year, ended in October 2008, reported a same-store sales increase of 1.2 percent and said that average unit volumes for the chain rose by $39,000, to $993,000, the highest level since CKE acquired the brand more than a decade ago.