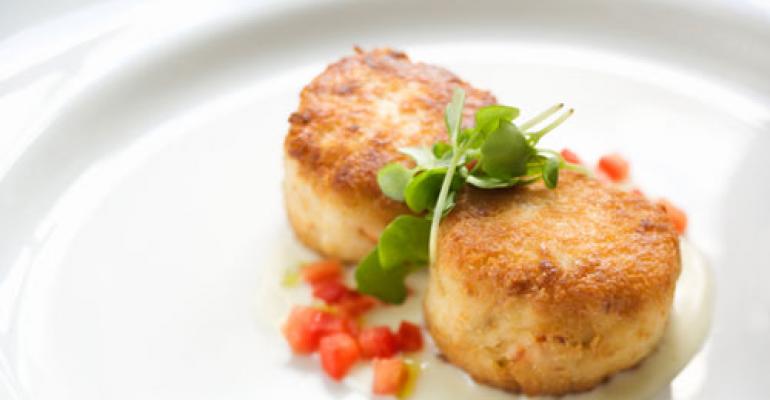 Consumers are becoming more sensitive to scaled-down portion sizes and rising menu prices in restaurants, according to a new survey by research firm Technomic Inc.

The Chicago-based firm found in a recent study that 62 percent of consumers believed that restaurant prices have increased in the past three months, while 32 percent said portion sizes have shrunk. Consumers said they saw similar trends in grocery stores — 84 percent of respondents said supermarket prices were up and about 50 percent said they noticed smaller portion sizes, Technomic found.

Commodity inflation has picked up in 2011 after a few years of easing prices, necessitating menu price increases at many restaurant chain. Meanwhile, fuel prices surging above $4 per gallon in several states have put pressure on disposable incomes of consumers in the United States, Technomic said.

This puts restaurants in a tricky spot. Bob Goldin, executive vice president at Technomic, said the firm’s research indicates that consumers are very sensitive now to manipulated portion sizes, so operators considering some downsizing cannot make that their only value-engineering move.

“You have countervailing forces of rising food costs and the need to take price, and the consumer point of view that they have less money than before at the pump and in the checkout aisle,” he said. “The Groupons of the world are accelerating the trend toward discounting and dealing.”

In addition, consumers are skeptical about the reasons behind smaller portion sizes in restaurants and supermarkets, Goldin said. Most of the people polled by Technomic said they thought companies were downsizing portions to enhance profitability or keep retail prices the same despite higher input costs. Only 10 percent of respondents said portion sizes are being adjusted to improve menu items’ healthfulness.

Given this cynicism, restaurants must consider carefully when to protect margins by increasing prices, trimming sizes, or creating new items designed to fit new price tiers or dayparts.

“It’s a balancing act,” Goldin said. “Maybe you upgrade an offering with a new sauce and then achieve some reduction in portion. Operators are taking price, but they have to make sure to keep some items on the value side. They may be afraid of gravitating toward a value menu and cannibalizing their sales. But if you strictly shrink portions and don’t adjust the price, consumers are going to notice.”

The pizza segment is particularly sensitive to high gas prices and the pressure to discount, Goldin said.

However, he added, “the direct impact of gas prices on our store-level P&L just isn’t that big.”

During Papa John’s first-quarter earnings call last week, chief executive John Schnatter said the aggressive discounting seen throughout 2010 in the pizza segment eased up slightly in the first part of this year.

“It’s less difficult than a year ago, but there are no easy days in this business,” he said. “Our positioning lets us price a little higher than the competition, which makes margins a little easier for our operators.”

Papa John’s current limited-time offer is an $11 large specialty pizza, John’s Favorite. The chain’s value-focused promotions this year have been tied mostly to special dates or events, such as an offer for seven free toppings following this year’s Super Bowl and a “1040” promotion of a large, four-topping pizza for $10.40 during the weekend around Tax Day.

Some restaurant chains have reduced portion sizes by developing smaller menu items to sell between meals, such as Starbucks and its Petites line of bakery snacks and McDonald’s and its Snack Wraps and McCafe beverages.

Value menus also have provided a forum for smaller yet margin-friendly items. In the pizza segment, Columbus, Ohio-based Donatos introduced its Everyday Values Menu last week to its restaurants in Columbus and Cleveland. The company told Columbus Business First that rising fuel prices played a part in the timing of the menu’s introduction. The 175-unit chain’s new menu will sell small entrées for $4 and combo meals for $5 featuring pizza, salad, subs and Stromboli.

“The timing is right for that,” Goldin of Technomic said. “Unfortunately, we’ve trained our consumers and have over-served them with large portions. Weaning ourselves from that is going to be pretty difficult. All of those [value-engineering strategies] need to be looked at.”