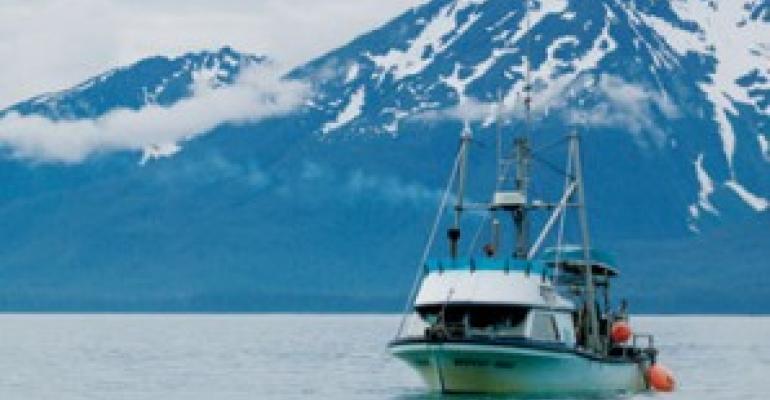 ‘Greenwashing’ emerges as an inconvenient trend

So you want your company to be more green. Maybe your customers demand it, maybe you hope it will save money in the long run, maybe you actually would like to try to protect the environment.

But being truly eco-friendly can be a whole lot trickier than it may seem. Environmentalism is trendy, and with trends come hype, marketing, false claims and, for many restaurant operators, confusion over how best to sustain the environment.

Say you change your lightbulbs to those little spiral ones that are supposed to cut down on your electrical bill while also reducing your carbon footprint. Then you learn that the bulbs contain mercury, which can cause nerve damage and affect brain function, especially in children.

But then you find out that they don’t have very much mercury—about 5 milligrams, far less than in an old-fashioned medical thermometer—and that no one is exposed to it if the bulb is intact. Besides, coal-fired power plants are the biggest source of mercury emissions in the air, so using less energy helps cut down on mercury.

But maybe it doesn’t, because those power plants keep producing electricity whether anyone uses it or not.

Switching from paper cups to ceramic ones requires calculations of the initial energy required to make the ceramic cup, which is much higher than making a bunch of paper ones, and you have to wash the mug, which uses water and energy that you don’t use if you throw away the paper cup. But the paper cup was made by cutting down a tree, meaning it could no longer photosynthesize and convert the greenhouse gas carbon dioxide to oxygen, which is what trees do.

At least you can buy local food that does not have to be transported from the other side of the planet. That’s a no-brainer, right?

Well, maybe not if the local food has been refrigerated for six months and the imported food arrived on a ship—very energy-efficient—rather than an airplane.

“There’s a lot we still don’t know about these environmental impacts,” says Rich Pirog, associate director of the Leopold Center for Sustainable Agriculture at Iowa State University in Ames, Iowa.

He says that in academia and private research, scientists are doing life-cycle assessments of products—looking at how their production, transport and use affect greenhouse gases, water supply, total energy use, toxicity to humans and animals, potential for acid rain, smog, and other factors.

Pointing to carrots as an example, he says getting freshly picked local carrots to a restaurant kitchen is very likely going to take less energy than using canned or frozen carrots—or than transporting them across the planet.

Canning takes a lot of initial energy, “but over time,” Pirog says, “if you don’t eat the frozen carrots, the can is sitting there [not using energy] and the canned carrots look better [from an environmental perspective] than the frozen,” which require constant energy to stay frozen.

“There’s a lot of ways to slice and dice [the data], to use a food metaphor,” he adds, and in many cases more research is required.

Of course, it depends on what sort of greenness you’re looking for.

“If you’re concerned about pesticides, look to organic,” he says. “But other issues have shades of gray. Is it better to purchase something organic from the other side of the country or get something local?”

He notes that research he has seen shows consumers tend to support local nonorganic produce over food shipped from far away, but how those choices affect the environment depends on many factors, including how the goods were produced, stored and transported.

Pirog says there’s already good data about the impact on the local economy of using local products—it’s good for it. But when it comes to issues of what’s healthier, safer and better for the environment, “we need more research on those questions,” he says.

Some companies are capitalizing on that confusion and declaring themselves “green”—whatever that means.

Todd Larson, corporate responsibility program director for Co-op America, a nonprofit organization working to create a “socially just and environmentally sustainable society,” according to its website, says many companies “do one measure that is an environmental improvement that doesn’t make up for what [else] the company is doing.”

“But we do want to encourage companies to make steps in the right direction, and when they do, it makes sense for customers to reward them,” he says. “There’s all sorts of really interesting initiatives that really are valuable.”

There are plenty of organizations ready to certify you as being green in some way—so many that it confuses people, says Randy Rice, technical program director for the Alaska Seafood Marketing Institute.

“The first perception that we operate from is that there’s a lot of confusion out there,” he says.

According to ASMI, one reason Alaska sought statehood was so that it could manage its own natural resources instead of leaving them in the hands of Washington.

But the current situation “is complex if you get too caught up in all the Internet dialogue, the chatter, the noise in the street about all the eco-labels,” Rice says.

Part of the problem, he notes, is that many governments don’t manage their fisheries.

“You don’t see marketing in food safety—‘Our food is safer than yours,’” he points out, because basic food safety is assumed by the public, and the same should be true for natural resources, he says.

Rice points to the United Nations’ Food and Agriculture Organization as a good starting point for fishery standards. It has had a code of conduct for them since 1995. He says everyone in the supply chain should take the FAO’s code seriously.

“It’s fishery science, not rocket science,” he says. Just by checking if fisheries are being governed, rules are enforced, set levels of harvest are based on science rather than demand, and various other basic practices are carried out, you can be reasonably secure about your seafood supply, he notes.

“But you can’t just completely rely on someone else to tick those boxes for you,” and that’s what relying on those different labeling programs does, he argues. “I don’t think that’s really stepping up to the responsibility plate.”

Enough shady claims about environmental impact are being made that the Federal Trade Commission has gotten involved.

“We’re right in the middle of the rulemaking process of the [FTC] Green Guides,” says spokesman Mitch Katz.

Green Guides is shorthand for the “Guides for the Use of Environmental Marketing Claims.”

Katz says the FTC wants companies to be able to market their activities “in ways that aren’t misleading or deceptive.”

The guides were first launched in 1992, and revised in 1996 and 1998. The most current review process began in November 2007, a year earlier than planned.

The guides regard general claims of environmental benefit, like “environmentally friendly,” as hard to interpret and deceptive.

Further details can be found on them at .

Going green to save green