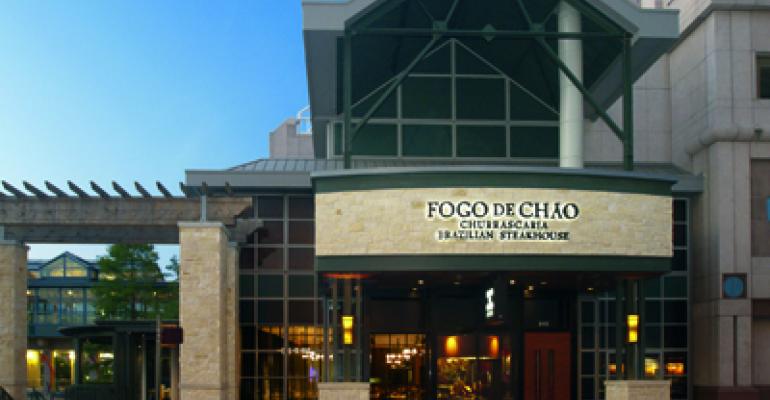 GP Investments, through its private equity fund GP Capital Partners III LP and other investors, had held a 35 percent stake in Fogo de Chão since 2006. With the purchase of the remaining 65 percent, GP Investments valued the equity in Fogo de Chão at $95 million. Terms of the deal, however, were not disclosed.

Fogo de Chão operates 16 restaurants in the United States and seven in Brazil.

“We are delighted to increase our participation in a company that has sustained industry-leading profitability and operating metrics,” Danilo Gamboa, managing partner at GP Investments, said in a statement.

GP Investments, which is based in Sao Paulo, Brazil, said it financed the acquisition through a new debt facility. When the deal is finalized, GPCPIII will hold a 50 percent stake in the company and co-investors will hold the other half through funds managed by GP Investments.

Larry Johnson, chief executive at the Dallas-based Fogo de Chão, said the company is intent on expanding. “We are looking at opening two or three new restaurants a year in the United States and one a year in Brazil,” he said in a statement.

Jair Coser, who founded the chain in 1979 in Brazil with his brother Arri Coser, said in a recent interview with Nation’s Restaurant News that the openings are planned for Las Vegas in November and Orlando, Fla., in January.

Coser said the new Vegas location will have about 450 seats and the Orlando unit will have about 330. Per-person check averages total between $45 and $55 in the United States and about $59 in Brazil, he said.

GP Investments, which was founded in 1993 and went public in 2006, has more than $5 billion under investment.