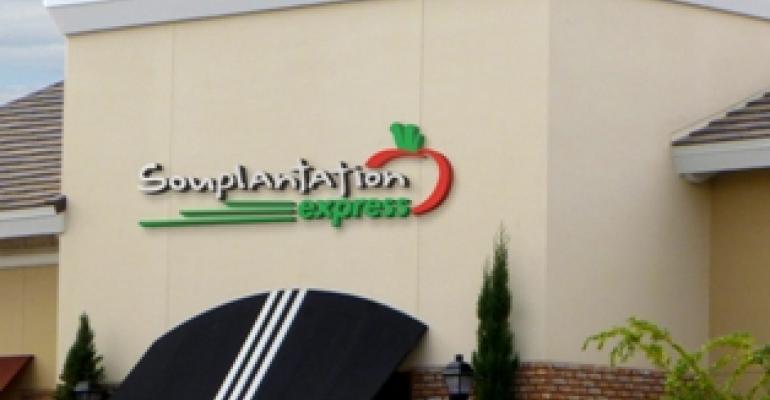 Express versions of Souplantation, Sweet Tomatoes will have limited menu

The first Souplantation Express location will be a 1,500-square-foot version of the buffet restaurant and will offer a limited menu. Garden Fresh executives expect the new prototype to ignite growth because it offers more flexibility in location selection while still taking advantage of the Garden Fresh purchasing scale and central kitchen systems.

San Diego-based Garden Fresh operates about 115 locations of its buffet brands, which are called Souplantation in California and Sweet Tomatoes elsewhere. Typically, the restaurants range from 4,500 square feet to 8,000 square feet.

The fast-casual version outside California will open as Sweet Tomatoes Express.

Michael Mack, Garden Fresh chief executive, said the company plans to open three to four Express units within the next 12 months, as well as eight to nine of the larger variants.

After opening the first Express unit next month in the Carlsbad area of San Diego, a second location is planned for a Las Vegas suburb, he said.

Rather than having guests create their own meals from buffet options, the Express concept has been designed so customers can walk down the service line and choose ingredients for their salads, which are then assembled by a staffer and tossed, if requested, to order. Unlike Souplantation or Sweet Tomatoes’ larger outlets, the Express concept will allow guests to choose among several proteins to top their salad, such as shrimp, steak and chicken.

The model is similar to Chipotle as well as the growing number of other salad-focused brands such as Salad Creations, Saladworks, Mixt Greens or Tender Greens.

Souplantation Express also will offer four or five soups — about half as many as the larger locations feature. The smaller variant of the chains will not have a pasta station, frozen yogurt or fruit bar, which are features of the larger restaurants.

Currently, soups are made — and some salad bar preparation is handled — in central kitchens and delivered to restaurants daily, so the Express locations could function without much space for back-of-the-house operations.

Mack said the company first considered developing the smaller variant under a different brand name, but instead decided to extend the Souplantation and Sweet Tomatoes brands.

“We already know this business well,” he said. “This will add to our overall brand awareness.”

Mack said the company has been trying for some time to build a to-go business, but, he said, “It has never been strong.” The Express concept will appeal to consumers looking for a salad or soup on the run, he noted.