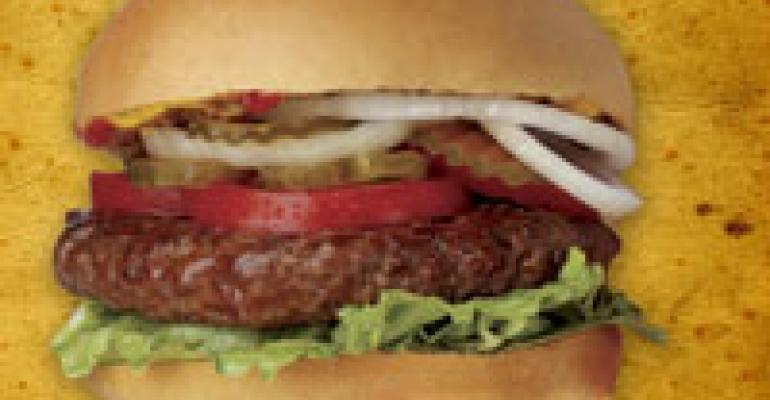 Fuddruckers to upgrade its beef

AUSTIN Texas Fast-casual hamburger chain Fuddruckers said it is upgrading the beef it uses and plans to roll out the new meat to its more than 230 North American units by Nov. 17.

Fuddruckers said Tuesday that its new Fudds Prime is made with premium cuts of vegetarian-fed beef from U.S. ranches. The chain also noted that the beef contains no fillers or artificial ingredients.

Fuddruckers restaurants in Albuquerque, N.M., and the Texas cities of San Antonio, Houston and Austin began serving burgers made with Fudds Prime on Tuesday, the company said.

To promote the new beef, Fuddruckers said it launched a website, fuddsprime.com, where visitors can create a poster stating: "Wanted: A Juicy Fudds Prime Burger." Guests who bring such a poster to participating restaurants get a Fudds Prime burger along with French fries and a drink for $7.

The average nationwide price for that meal is $9.09, a company spokeswoman said.