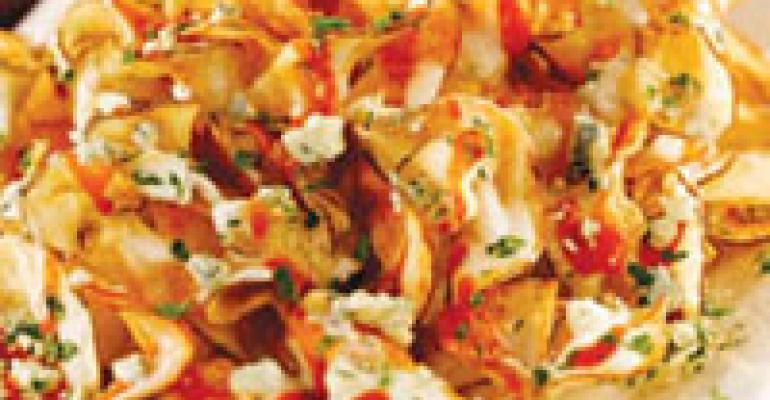 Fried foods have been under fire by public-health advocates for years, but that hasn’t stopped consumers from eating them.

“People like fried food,” says Debe Nagy-Nero, director of quality assurance, nutrition and safety at Burgerville, a quick-service chain based in Vancouver, Wash.

Burgerville hangs its reputation on using local, seasonal ingredients—most notably local berries, pumpkins and other delicacies in its signature milk shakes—but its customers also respond well to the chain’s French fries, Nagy-Nero says, especially over the past couple of years, since the 39-unit chain switched from a frying oil with trans fats to a particular variety of canola oil that’s high in heart-healthy omega-9 fatty acids. Since then, some customers have called and said they feel comfortable ordering fries again now that Burgerville uses a trans-fat-free oil.

As inexpensive yet unhealthful oils containing artificial trans fats fall by the wayside, some industry watchers have expressed concern that restaurants will fall back on saturated fats, which, like artificial trans fats, have been implicated in contributing to heart disease.

But many chefs instead are turning to vegetable oils, particularly canola, which, whether it’s the variety that’s high in omega-9s or not, is low in saturated fat and doesn’t have the allergen risks of peanut oil.

“It takes temperature well, and it’s reasonably priced, so we can change it often,” says Jonathan Cartwright, executive chef of the White Barn Inn in Kennebunk, Maine.

When cooks at that restaurant suggest new menu items, Cartwright says: “If it’s a really good dish, it’s got to outsell the lobster spring roll.”

“It’s not great for stir-frying,” Cartwright says, but it does add a desirable nutty flavor.

He adds some soy sauce and oyster sauce and then mixes that with cooked lobster meat. That’s rolled in spring roll wrappers, deep-fried in canola oil and served with a sweet-spicy sauce made by simmering simple syrup with soy sauce, hot-pepper flakes and garlic. He garnishes them with yellow and red dots of bell pepper and agar agar.

“It’s very simple, but it honestly tastes great,” says Cartwright, who offers it as part of the restaurant’s $95 prix-fixe dinner.

Also simple and popular is the Milos Special, offered at two-unit Milos restaurant in New York and Montreal.

The dish is zucchini and eggplant, sliced paper-thin, deep-fried and served with saganaki cheese. At the New York unit the appetizer sells for $27.75 and is so popular that two members of the kitchen staff do nothing but slice and fry eggplant and zucchini, says chef Mohiuddin Jahangir.

“You have to be very careful when you are making them,” he says, noting that the oil must stay at precisely 400 degrees.

The sliced vegetables are dipped in warm water, coated in flour and then dipped in water again, so they are coated in a sort of slurry. Then they are tossed into canola oil, just a few at a time to maintain a constant temperature.

Canola is also the oil of choice for Patricio Sandoval, chef-owner of the Mercadito and Mercadito Cantina restaurants in New York City.

“Every Mexican restaurant serves chips with guacamole or salsa,” says Sandoval, who wanted something different for his cantina, which opened earlier this year.

So instead he serves fried cornbread bites, made by baking a simple cornbread—cornmeal, butter, sugar, salt and baking powder—three quarters of the way in an oven, and then cutting it into bite-sized cubes and frying those in canola oil. He sells them with salsa for $4.50.

Sandoval also fries chiles for some marinades rather than toasting them, saying that the sudden heat gives them a distinctive charred flavor.

“It’s natural, and it keeps well for a few days if you know how to clean it and strain it properly,” he says.

The avocado fries, which he sells for $8, are wedges of the ripe fruit dusted with flour, run through an egg wash and breaded with panko. The $5 cactus fries are peeled strips treated similarly, but with blue cornmeal instead of panko.

“I tried everything, but I decided on canola,” Medina says.

Picking the right oil is not an easy process, says Keith Rosenthal, vice president for purchasing & development at Bojangles Restaurants, based in Charlotte, N.C. At a recent health and nutrition roundtable conducted in Charlotte by Nation’s Restaurant News, Rosenthal said: “Every oil tastes different. Once you start changing oils, you’re changing very key properties of your product. It’s not just about cost, and it’s not just about health. You’ve got to be very careful that you’re not damaging [your products’] craveability.”

Because of that distinct impact an oil has on flavor, canola oil isn’t the universal choice. T.J. Legnick, the chef of Shinsei in Dallas, uses soybean oil for his coconut-and-chicken-stuffed jalapeño poppers.

For the dish, Legnick mixes chicken that he has roasted with soy and mirin in a food processor with coconut, reduced coconut milk, ginger, garlic, scallions, lemon grass and lime juice. He cuts a slit in the sides of pickled jalapeños, scrapes out the seeds and stuffs them with the chicken mixture. He coats them with flour, runs them through a buttermilk egg wash, coats them in seasoned flour, fries them and serves them with a curry dipping sauce made by simmering lemon grass, ginger, white wine, mirin, heavy cream, coconut milk and yellow curry paste. He reduces that by half and finishes it with lime juice and salt. He sells about 30 orders of them a night, and charges $9 for each four-piece order.

The $6.79 dish is two large baking potatoes, each finely sliced into a single long chip. The two are twisted together, fried, and topped with a robust flavoring.

The core menu item is a Southwestern Twisted Chip, topped with cheese sauce, pico de gallo and cilantro, but the chain of more than 230 units also featured the Buffalo Twisted Chip as its first line extension. That item is topped with blue cheese, blue cheese crumbles and spicy Buffalo sauce.

“We’ve got a number of exciting line extensions in test right now,” Warne says, noting that customers like playing with the dish. “It comes out in one large chip, mounded on a plate with the toppings and garnishes. It’s a very fun, interactive appetizer to eat.

“They’re our No. 1 appetizer right now.”