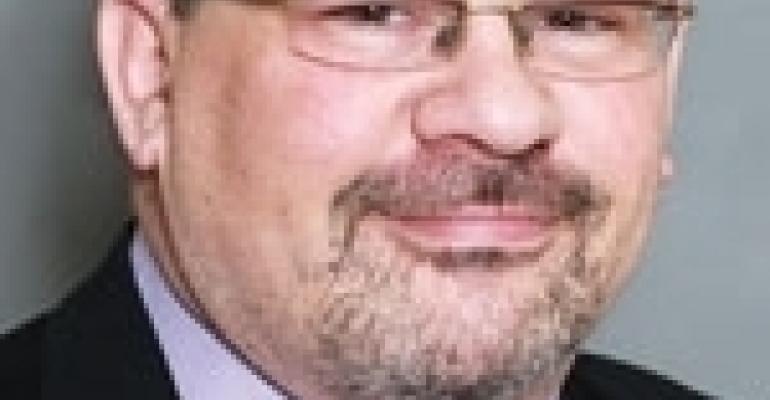 Once again a coterie of food writers, chefs and restaurateurs have nominated a talented array of professional to win the James Beard Foundation Chef and Restaurant Awards, and once again I shall endeavor to guess who they will ultimately pick as the winners.

These predictions are based, as they are every year, on the notion that the best nominees are not necessarily selected; the most popular ones are.

Of course, all the nominees are deserving and I hope they all leverage their nominations to promote their services and improve their business. But the winners will be the ones about whom there is the most buzz, about whom the media, nationally and, more importantly, in their own regions, feel good about.

I think local and regional media are most important because judges are instructed to vote only in categories in which they feel qualified to vote, and to promise not to vote for restaurants where they haven’t eaten.

So although I cover the whole country, being based in New York I would not vote for best chef in the Southwest.

Thomas McNaughton, Christina Tosi and Sue Zemanick all were nominated last year, but I think they’re going to be disappointed by the power that is Grant Achatz and his restaurant Next. I think Dave Beran will win.

I suppose there is a danger that since Next is so hard to get into a lot of judges won’t ethically be able to vote for it, but I think that obstacle will be overcome and Next will win.

This is tricky. Not only is it a brand new category, meaning I don’t know how people traditionally vote, but also because because although people do go goo-goo ga-ga over Grant Achatz and will feel compelled to vote for his Aviary, I’ve never met anyone whose eyes don’t moisten a little bit in admiration of James Meehan, the owner of PDT. I’m going to guess PDT.

Chefs love the Blue Ribbon restaurants. They love them! But they also admire Jean-Georges Vongerichten’s restaurants, whose financier is Phil Suarez. And so do food writers. Both of those restaurateurs, and Tom Douglas, were nominated last year. This year I think Phil Suarez is going to get it.

This is sort of a lifetime achievement award and goes to a restaurant that has paid its dues. All of these restaurants except Balthazar also were nominated this year.

The award could easily go to Blue Hill, whose executive chef Dan Barber is a media darling, but there’s something about the gravitas of Boulevard that I think will result in it getting the medallion.

Joanna Chang, Dahlia Narvaez and Mindy Segal all were nominated last year, which improves their chances, but I think Daniel Boulud’s star power will shine through and Ghaya Oliveira will win.

La Grenouille and Topolobampo are back from last year. The judges like giving awards to both Tony Mantuano of Spiaggia and Rick Bayless of Topolobampo, but I’ve been hearing Michael Mina’s name in the ether a lot lately. I think his restaurant will get it.

A16 in San Francisco
The Barn at Blackberry Farm in Walland, Tenn.
Frasca Food &amp; Wine in Boulder, Colo.
Emeril’s in New Orleans
No. 9 Park in Boston

A16, Blackberry Farm and Frasca were nominated last year. Blackberry Farm always gets nominated for something, and they don’t win much. But their PR team has been promoting them pretty well of late, and I think it will be enough to push them over the top.

Sam Calagione, Merry Edwards and Paul Grieco are all back for another year. I predicted that Grieco would win last year and I totally blew that one. Although New Yorkers tend to have an advantage in the James Beard Awards, I’m still betting that Sam Calagione’s going to win this year.

Michael Carlson of Schwa in Chicago
Stephanie Izard of Girl & the Goat in Chicago
Anne Kearney of Rue Dumaine in Dayton, Ohio
Bruce Sherman of North Pond in Chicago
Andrew Zimmerman of Sepia in Chicago

Last year, on a roster as dominated by Chicago as this one is, Alex Young of Zingerman’s in Ann Arbor, Mich., walked away with a win. Could Anne Kearney do the same? Yes she could. But maybe Stephanie Izard’s star power as a former Top Chef contestant could giver her the edge. Then Again, Sepia was in a Hollywood film, The Dilemma. I’m betting on the TV chef.

Only Vikram Sunderam is new to this list, so it could go any way. But I’ve heard Cathal Armstrong’s name on a number of occasions recently. There’s buzz about him, so he’ll probably win.

I’m kind of at a loss for this one, but the name Colby Garrelts is jumping out at me. If it jumps out at me, it could well jump out at a Midwestern judge.

Congratulations to Mark Ladner, who joins four nominees from last year. Ladner is the chef of Mario Batali’s only four-star restaurant, which is a big deal. On the other hand, everybody loves Danny Meyer and his restaurants, giving Michael Anthony a good shot. But they admire Michael White. Does admiration trump love? No, it does not. They’ll vote for Michael Anthony.

Jamie Bissonnette of Coppa in Boston
Tim Cushman of O Ya in Boston
Gerry Hayden of The North Fork Table &amp; Inn in Southold, N.Y.
Matt and Kate Jennings of La Laiterie in Providence, R.I.
Eric Warnstedt of Hen of the Wood in Waterbury, Conn.

Jamie Bissonnette’s the only newcomer to this list. He was named the People’s Best New Chef by Food &amp; Wine magazine’s readers last year. It’s possible that the Beard Foundation voters will instead vote for Gerry Hayden, showing their erudition by selecting the former chef of Aureole. But often when a chef wins one award he or she wins many of them. I think Jamie Bissonnette will take this one, too.

Matt Dillon of Sitka &amp; Spruce in Seattle
Jason Franey of Canlis in Seattle
Christopher Israel of Gruner in Portland
Naomi Pomeroy of Beast in Portland
Cathy Whims of Nostrana in Portland

Is it possible that Food & Wine Best New Chefs is becoming the Golden Globes to the Beard Awards, which are often called the Oscars of the fine dining world?

Izard was a Best New Chef last year, and so was Jason Franey. Canlis is a very old and very much respected restaurant that has been given a facelift by brothers Mark and Brian Canlis — the third generation in the family to run the place. It’s a sentimental favorite, and we love sentiment. Congratulations in advance to Jason Franey.

Michael Chiarello of Bottega in Yountville, Calif.
Chris Cosentino of Incanto in San Francisco
Christopher Kostow of The Restaurant at Meadowlands in St. Helena, Calif.
Matt Molina of Osteria Mozza in Los Angeles
Daniel Patterson of Coi in San Francisco

I wish I knew how old the average California judges was. Those who remember Michael Chiarello from his Tra Vigne days will feel inclined to vote for him again. Then again, this is California, where young, hip and cool people like Chris Cosentino are admired. But I think Daniel Patterson is emitting an aura of gravitas that I’m not getting from the other chefs.
Will gravitas translate into votes? Maybe not, but I’m betting that it will.

John Harris, Chris Hastings and Tory McPhail are all back from last year. Based on nothing but my gut, I think Chris Hastings is going to win this year.

Huge Acheson of Five and Ten in Athens, Ga.
Craig Deihl of Cypress in Charleston, S.C.
Linton Hopkins of Restaurant Eugene in Atlanta
Edward Lee of 610 Magnolia in Louisville, Ky.
Joseph Lenn of The Barn at Blackberry Farm in Walland, Tenn.

Joseph Lenn is the only newcomer to this list, which comes from a part of the country that admires culinary tradition and enjoys voting for Charleston chefs. I think they’re going to vote for Craig Deihl

Bruce Auden of Biga on the Banks in San Antonio, Texas
Kevin Binkley of Binkley’s Restaurant in Cave Creek, Ariz.
Bruno Davaillon of Mansion Restaurant at the Rosewood Mansion on Turtle Creek in Dallas
Jennifer Jasinski of Rioja in Denver
Hugo Ortega of Hugo’s in Houston
Paul Qui of Uchiko in Austin, Texas.

There’s been a huge turnover of nominees in the Southwest. Bruce Auden is the only returning nominee. What does that mean?

It could mean anything, but in my experience bigger cities have more judges, and Houston is now the third biggest city in the country. That gives a Hugo Ortega an advantage that I think will result in his victory.

And those are my predictions. If you have some of your own, why, go ahead and share them in the comments section.

Correction: An earlier version of this story incorrectly outlined the nomination history of Gerard Craft. He has been a James Beard Awards nominee in the past.