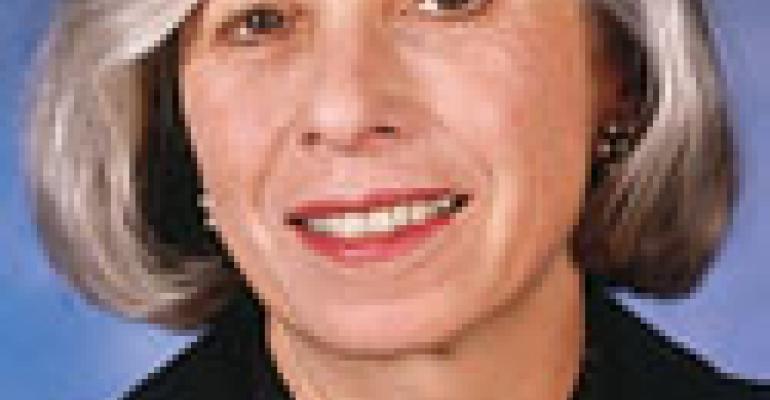 On Food: At restaurants Greek and otherwise, chefs find a bit of feta makes their dishes better

Just as Parmigiano-Reggiano is a ubiquitous ingredient in Italian restaurants, the highly versatile feta long has been a mainstay on menus at Greek operations, appearing in such traditional items as spanakopita, salads and baked shrimp dishes.

But chefs are expanding their use of this venerable cheese, which can be made from sheep’s or goat’s milk and offers a firm yet crumbly texture and a salty bite.

At Meze Estiatorio in Charlestown, Mass., feta cheese sourced from Greece and bearing the Mt. Vikos label is used to stuff peppers and also is a component of the spanakopita with spinach and leeks. The cheese also appears in the brick oven-baked giant shrimp in a spicy Cretan tomato sauce, and in a dish of mussels steamed in broth with ouzo, cherry tomatoes, onions, chile, garlic and herbs.

Dio Deka in the Hotel Los Gatos, in Los Gatos, Calif., serves feta that’s whipped to a creamy consistency and blended with fire-roasted chiles for an appetizer called ktipiti that can be ordered on its own or as part of a tasting plate. Here feta also is roasted with tomatoes and sundried Kalamata olives, and the cheese figures in a dish of crusty prawns baked with gigantes beans and rosemary and served with tomatoes.

At Periyali in New York, a fillet of salmon is baked in phyllo with spinach and feta, and shrimp are sautéed with fresh tomatoes and feta.

But Greek restaurants do not have the exclusive rights to feta. The interest in Mediterranean food and the proliferation of high-end Greek restaurants, especially in New York, has inspired other chefs to explore the potential of using feta.

For example, at the new BLT Market in New York, Laurent Tourondel serves roasted Jamison Farm lamb loin that he seasons with coriander, with a medley of trumpet mushrooms, and an artichoke salad mixed with favas and locally made feta. At Gilta, also in New York, the Mediterranean dorado escabèche comes with baby artichokes, black olives, tomato preserve and feta.

Feta is, of course, a salad staple, from the local Greek diner to high-end white-tablecloth operations. Bridge Restaurant and Lounge in Los Angeles serves an insalata di barbabietola, which is Italian for beets, made with roasted yellow and red beets, feta and caramelized walnuts. The feta is used in place of the more common goat cheese in a beet salad.

The Widow Restaurant in Cleveland offers a market salad with red onions, tomatoes, olives, cucumbers, pickled vegetables and goat feta made at nearby Cricketwick Farms. And Borough Food & Drink in New York serves a wild-arugula Greek salad with sliced heirloom tomatoes, cucumbers, onions, olives, fennel, grilled green onions, and crispy, fried feta in a citrus dressing. The operation features foods from the New York’s five boroughs, and the feta for the salad is sourced from Astoria, Queens.