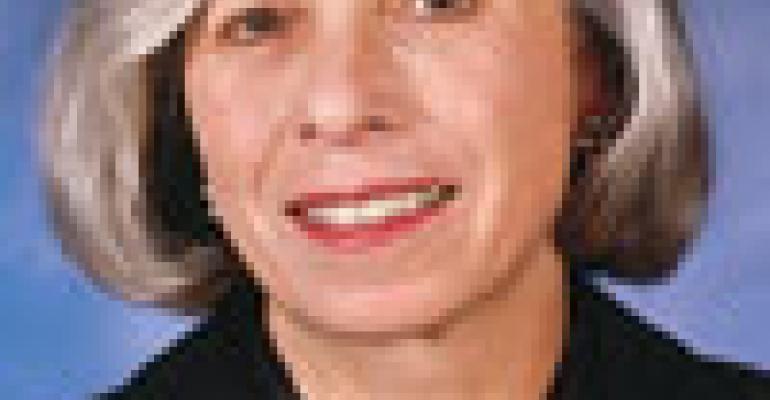 On Food: Iceberg wedges itself back into chefs’ good graces

Iceberg, the lettuce that connoisseurs love to hate, is back in style. In some concepts, notably steakhouses, it never went out of fashion, but now it has also found its way into a variety of other outlets that range from fast food to fine dining.

The “classic” iceberg salad, often involving a wedge of very cold lettuce with blue cheese dressing and such garnishes as tomatoes and bacon, is right up there with such retro comfort food specialties as macaroni and cheese and meat loaf.

At Monkey Bar, Graydon Carter’s redo of a venerable New York watering hole and restaurant, offers a salad, simply listed on the menu as an Iceberg Vintage Salad, that is served as an ice-cold wedge. Black Duck in New York, named for a Prohibition era rumrunner, serves its version of the wedge with cherry tomatoes, bacon and blue cheese dressing.

There is something of a retro vibe about Cochon in New Orleans, where a salad of iceberg lettuce with ranch dressing, bacon and radishes often appears on the menu.

But it’s the steakhouses across the country that have maintained long-standing loyalty to iceberg. It’s the rare steakhouse that does not have some version of the wedge on its menu. Iceberg fans include Strip House, a small, upscale nationwide chain, whose Houston unit serves iceberg salad with marinated vegetables, bacon and tomatoes in a Stilton vinaigrette, as well as Sullivan’s Steak House, which has 19 units from Alaska to Florida, where an iceberg wedge with blue cheese, tomatoes and buttermilk dressing is on the menu. At Capital Grille’s various units, the wedge salad consists of ice cold iceberg lettuce with tomatoes, bacon and blue cheese dressing. This operation also includes iceberg lettuce in a Caesar salad, with romaine, mixed baby lettuces and arugula. The steakhouse salad at Ruth’s Chris Steak Houses combines iceberg, baby romaine, baby lettuces, grape tomatoes, garlic croutons and red onion.

Things get simpler at Steakhouse 85 in New Brunswick, N.J., where a wedge comes with blue cheese dressing. At Maxwell and Dunne’s Natural Steakhouse, in Plainview, N.Y., the classic steakhouse wedge comes sprinkled with chopped bacon and crumbled blue cheese with Russian dressing. Iceberg is used two ways at 21 Main in West Sayville, N.Y., either with tomatoes and a gorgonzola and chive dressing, or with romaine, cucumbers, cherry tomatoes, apricots, spiced walnuts and blue cheese in a Cabernet vinaigrette.

And there is also a use for it in Chinese operations. At the P.F. Chang’s China Bistro chain, the chicken lettuce wraps, a signature appetizer, are made with iceberg. There is also a vegetarian option made with tofu instead of chicken.

Iceberg is also a natural topping for burgers, but not just at such fast food operation as Arby’s, where the new Roastburgers are piled with iceberg lettuce. In fact, Blue Tractor in Ann Arbor, Mich., serves its signature Tractor Burger topped with shredded iceberg lettuce and secret sauce.

Iceberg can even find a home in haute cuisine. At Alinea in Chicago, diners may find that one of their courses features iceberg with cucumber, Thai distillation and pork belly. The iceberg lettuce is vacuum-packed with cucumber juice to render it delicately translucent and to add the cucumber flavor. A spoonful of clear, lightly jellied essences of lemon grass and ginger sits on top, to be sniffed, then eaten. And nestled in the cup of lettuce is diced, crisp pork belly, for a treatment that might be the most complex a humble leaf of iceberg has ever seen.