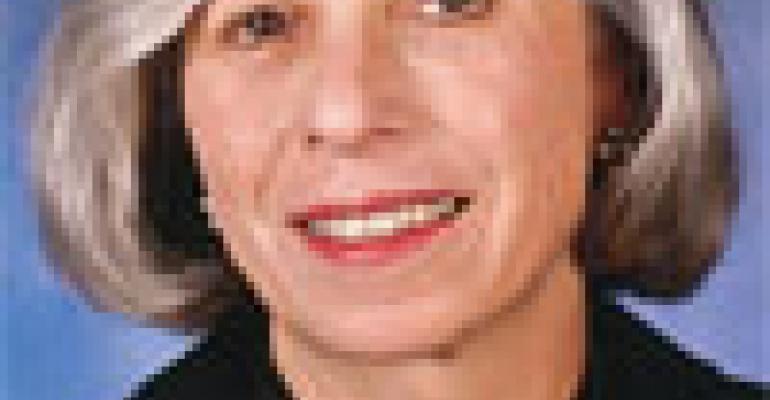 Newly fashionable sliders—or small hamburgers—are popping up in more restaurants as a desire for small plates puts them front and center. They often are passed as hors d’oeuvres or served in groups of three, and in the hands of innovative chefs they can be composed of almost anything from meat to seafood to foie gras.

But they are never called “Slyders,” the term that White Castle, America’s first burger chain, founded in Wichita, Kan., in 1921, trademarked for their miniature burgers. Those small ground beef patties, less than an ounce each, are cooked with shredded onion.

Some operations take a traditional approach to the dish, such as Sassy’s Sliders, a chain in New York, and Sliders in Hartwell, Ga., both of which serve the namesake burgers. But put sliders in the hands of top chefs, and they will inevitably become fancier. The sliders and chips served at Martini Park in Chicago, for example, are made with house-made brioche.

Matt Storch of Match in South Norwalk, Conn., and Market Restaurant in Stamford, Conn., plans mini lobster BLTs for a James Beard dinner at the end of the month. Also, foie-gras- and Kobe-beef cheeseburgers on brioche served as hors d’oeuvres at another James Beard Foundation dinner, this one cooked by Scott Mickelson of Paragon at the Foxwoods Resort Casino in Mashantucket, Conn., qualify as sliders, but the term is not used for them.

To further prove that the chefs who cook in James Beard events strut their stuff, next month at a dinner to celebrate Southern California chefs at Montage in Laguna Beach, Calif., John Cuevas of the Loft in that resort will serve foie gras sliders alongside onion soup with aged Gouda.

But the trendy little sandwiches frequently seem to incorporate lobster. At Arthur’s Landing in Weehawken, N.J., a Friday special is a plate of lobster sliders, like mini lobster rolls. The One Bellevue Lounge in the Hotel Viking in Newport, R.I., makes lobster sliders with avocado, pancetta, tomato and mayonnaise.

And finally at Chive Restaurant in San Diego, the lobster sliders are finished with seaweed salad and zapped with a mayonnaise seasoned with sriracha, the Thai chile sauce.

I also imagine an opportunity for dessert sliders: a trio of ice cream sandwiches on sweet brioche buns. Ice cream sandwich trios have been done repeatedly, but they haven’t surfaced as sliders. Yet.