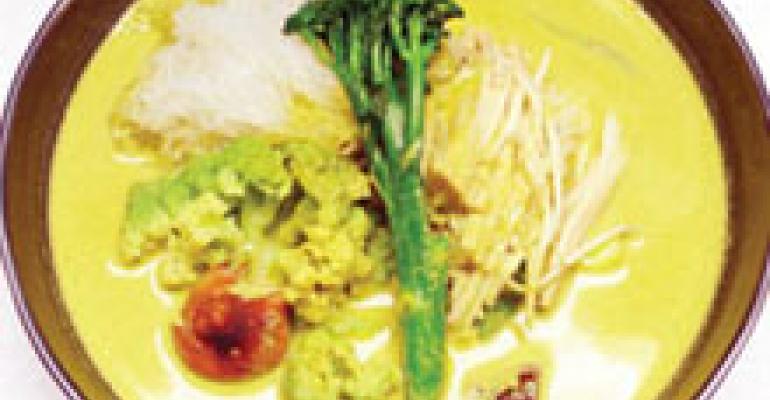 On Food: Chefs’ vegetable versatility is on display when cauliflower takes its place on the plate

Cauliflower can be a side vegetable, be folded into a gratin, spiced and even pickled or caramelized. Cauliflower purée works like mashed potatoes as a side dish or the underpinning for the protein, for example, and it can also be thinned to make a hot or cold soup.

Home cooks appear to be turning away from it, as per capita consumption has decreased and is now at about two pounds per person a year, down from over three pounds 20 years ago. But that decline does not seem to apply to restaurants, especially in New York and elsewhere in the North and East, where chefs appreciate its rich versatility.

Though most of the cauliflower sold in the United States is grown in California, small local farms are coming up with new varieties to tempt chefs. In addition to the standard white heads of tightly clustered florets, there is green cauliflower, or romanesco, with symmetrical, pointed florets, which is starting to appear on menus. Deep purple and orange are waiting in the wings.

At Dovetail in New York, an appetizer of Brussels sprout leaves tossed with cauliflower, serrano ham and crisp sunflower seeds was one of the debut appetizers when the restaurant opened nearly a year ago. By summer it was succeeded by a cold cauliflower soup that is spooned over fresh oysters and diced green apple.

Abigail Café and Wine Bar in New York not only makes a cauliflower soup, but also a cauliflower and bacon gratin prepared with double-smoked bacon. Noble’s Restaurant in Charlotte, N.C., lists cauliflower gratin among the sides. There’s a cauliflower, apple and sweet potato casserole on the fall menu at Hudson River Cafe in New York. At Counter, a vegetarian restaurant in New York, a cauliflower risotto includes haricots verts, shiitake mushrooms and an emulsion of baby arugula.

Pamplona, a Spanish operation in New York, uses cauliflower purée not in a soup but alongside braised rabbit. Scottish salmon is served with creamy cauliflower, scallions and sour raisins at Lulu in New York. At The Smith in New York, skate comes with cauliflower in a brown butter sauce.

At Archipelago, a French-Japanese fusion place that is new to New York, Hisanobu Osaka, the chef and owner, incorporates cauliflower purée in pasta that he uses to make cannelloni filled with crab and avocado.

Metro Kathmandu in San Francisco serves chopped potatoes and cauliflower in a vegan dish that is pan-fried and finished with tomatoes, onions and curry. At Tabla in New York, roasted cauliflower, a coconuttaro puree and a citrus glaze accompany pan-roasted sea scallops.