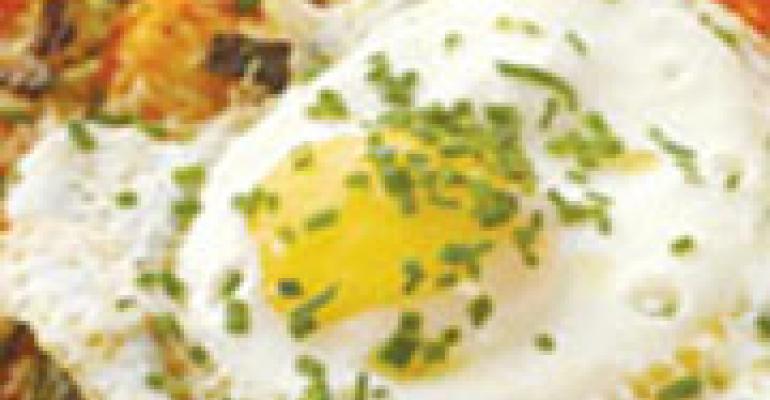 Genoa, Italy, the metropolis of the region of Liguria, is peppered with shops, street stalls and restaurants selling all kinds of flatbreads, especially along the winding streets of the Medieval quarter. The best of them still use ancient wood-burning ovens.

Some of the flatbreads, mostly focaccia, displayed on counters, are round, while others are oblong, and shops may have a dozen or more versions on display. Slices and slabs of these various flatbreads are sold by weight, and most of the time they’re quickly heated in a microwave. Want some prosciutto added on top? They’ll do that, too.

Genoa’s flatbread specialties include the farinata, a thin, chickpea-flour pancake glazed with cheese and sometimes tomato.

Another highlight is the cheese focaccia, “Recco-style.” Recco, a port town down the coast south of Genoa, is known for focaccia col formaggio or al formaggio, a giant, double-crusted flatbread oozing stracchino cheese, a kind of creamy mozzarella.

But despite the countless varieties of flatbreads in Italy, authentic versions have been slow to catch on in the United States. Even focaccia, which has found some popularity here, tends to be thicker than the ones made in Liguria.

But that may be beginning to change.

Quartino, a tiny organic spot in New York, lists focaccia al formaggio, a thin flatbread filled with stracchino cheese, among its specialties, and it’s one of the best examples in the United States of this dish.

Jim Lahey, the owner of Sullivan Street Bakery in New York, which is known for its focaccia, often made with onions or potatoes, is about to open a restaurant, Co., also in New York. Though he is calling it a pizzeria, he says that it’s really about flatbreads.

“It’s easy to call it a pizzeria,” he says. “Everybody understands that.”

Farinata is even scarcer here, but a few places do prepare it. Soif, a wine bar and retail shop in Santa Cruz, Calif., serves seasonal farinata topped with onions and sage. Figs in Boston and Olives in several locations, including Boston and New York, occasionally bake farinata, as does Rose Pistola in San Francisco. Sage leaves, onions and olives are typically scatted on top.

Flatbreads and focaccia are being interpreted with almost as many topping varieties as the visitor to Genoa may find. At Proof on Main in Louisville, Ky., there is a flatbread with roasted scallion and egg on top, a combination that would come as no surprise to a Genoan diner. Additionally, a cheese flatbread is one of the items on the set menus at Graffiti in New York.

In Miami, at the new Fratelli Lyon, there is a Ligurian flatbread, called a pizza, but it’s a simple, fairly authentic affair topped with pesto, ricotta, speck and caramelized onions.