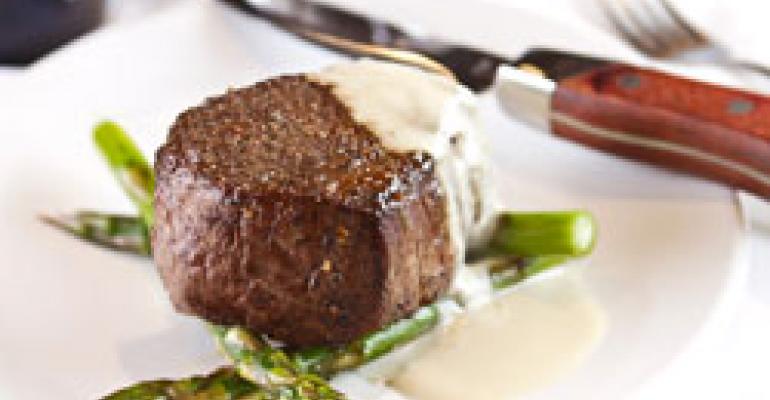 Fleming’s Prime Steakhouse & Wine Bar has completed the rollout of a menu overhaul that includes eight new items designed in part to broaden the concept’s appeal to women.

Russell Skall, Fleming’s executive chef, said the brand has long positioned itself as a contemporary version of the more masculine American steakhouse with appeal for both men and women. The new menu aims to bolster that broadened approach with dishes that are lighter and smaller portioned, he said.

Skall said the new menu was tested in four locations in Arizona, where it received “great feedback” from guests. The chain’s 64 locations across the country had the new menu in place by early May.

In updating its menu every year, the company typically hires chef consultants, Skall noted. This year for the first time, both of the chefs were female: Los Angeles-based Jamie Gwen and Tampa, Fla.-based Jeannie Pierola.

Gwen, a cookbook author who hosts a radio show called “Food & Wine with Chef Jamie Gwen,” developed the new Porcini Rubbed Filet Mignon, an 8-ounce steak that has become the most popular size, particularly among women, Skall said. The filet is dusted with finely ground porcini mushrooms and served with asparagus spears and an Italian gorgonzola cream sauce.

Pierola, who previously helmed the kitchen at Bern’s Steakhouse in Tampa, created the new Peppercorn Steak, a twist on the classic steak au poivre. Instead of being served with the traditional cognac or sherry cream sauce, Pierola’s version is served with “F17” steak sauce made with a proprietary blend of flavors including molasses, honey, orange juice and chipotle peppers, offering what Skall described as a “bigger” flavor with the peppery meat.

Also new to the menu are two seafood dishes: a Tillamook Bay Petrale Sole drizzled with lemon-butter sauce and served with lump crab beignets; and a Salmon Nicoise Salad made with grilled salmon, truffled deviled eggs and fresh vegetables topped with a Kalamata olive aioli spread on rosemary crostini.

For side dishes, new offerings include roasted baby carrots tossed with raisins and almonds; and sauteed French green beans with shitake mushrooms and porcini essence.

Last week, parent company OSI Restaurant Partners LLC reported that Fleming's same-store sales returned to positive territory in the March-ended first quarter, with an increase of 5.2 percent, compared with a 19.9-percent decline in the same quarter a year ago.