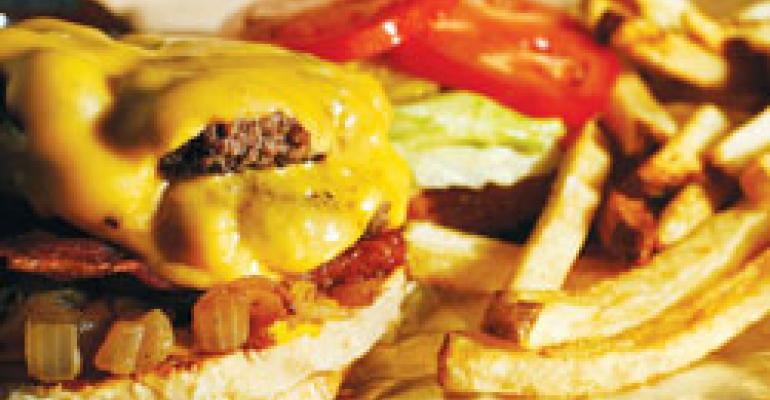 With development rights sold out in the United States and Canada, the rapidly expanding Five Guys Burgers and Fries is exploring international growth opportunities.

Executives of the fast-casual burger brand — which opened its 632nd unit in Sacramento, Calif., on Tuesday — are considering introducing the brand in either European or Asian markets over the next year or so, said Jerry Murrell, founder, president and chief executive of the Lorton, Va.-based chain.

“We’ve secured financial backing to open overseas, but we want to do it right,” said Murrell, who founded the chain in 1986. “People are approaching us [about expansion] from all over. We’ve also heard from groups in Australia and the Middle East.

“But we want to make sure that we do it in a way that won’t take anything away from U.S. operations,” he added.

Five Guys has been on an explosive growth path over the past several years. In 2009, the brand opened 171 corporate and franchised locations, bringing its total to 548 in 41 states, according to Nation’s Restaurant News' Top 100 census.

Five Guys currently has 60 stores under construction, four of which are in Canada.

The brand, which began franchising in 2002, grew its systemwide sales by almost 69 percent in 2009 to $499 million, according to NRN research.