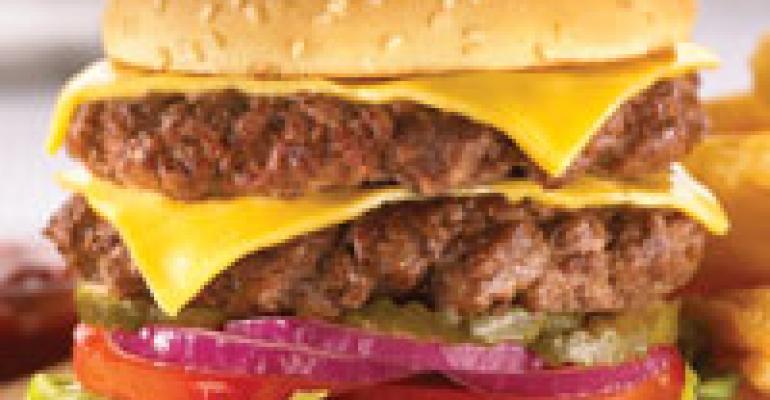 Just as many households can expect to rebalance their finances or lifestyle expectations in 2010, the restaurant industry can expect to get back to basics as it recovers from a tumultuous 2009, according to research firm Mintel.

The menu trends analysts at Mintel outlined five projections for industry trends in 2010, and the unifying theme is a renewed focus on quality after a year preoccupied mostly with cost and how-low-can-you-go value deals.

“Restaurants are redefining ‘value’ on the menu, moving away from the cost savings that were so important earlier this year to incorporate high-quality ingredients, classic flavor combinations and authentic, old-fashioned preparations,” said Maria Caranfa, a registered dietician and senior analyst for Mintel. “In 2010, we expect menus to go back to the basic roots of good food and drink.”

As Mintel put it, over the past year chefs have discovered that “simple sells.” Industry watchers can expect a greater emphasis on simple ingredients and preparations and classic food combinations. Nowhere is that more evident than the white-hot better-burger movement in quick service and fast casual, where Five Guys Burgers and Fries, Smashburger, The Counter, The Habit and many more brands vie for supremacy of that American holy trinity: burgers, fries and shakes.

In recent months, McDonald’s, Wendy’s and Denny’s have all rolled out their own versions of premium hamburgers, not only to compete with trendy brands like Five Guys, but also to hang onto customers that may have traded down from casual dining and upscale independents during the recession.

On the other hand, Ruby Tuesday recently moved to position itself in a more upscale-casual segment of the industry with its upgraded decor and expanded menu. While the chain is trying to increase its average check by selling more big-ticket items like lobster and seafood pastas, it also is hoping to show that quality and value aren’t mutually exclusive. Its bar program is offering signature cocktails and well drinks for $5, but the liquor used will remain premium brands like Bacardi, Beefeater and Jim Beam.

Customers still will seek out menus loaded with “rustic” food made from locally sourced ingredients, including some foods picked from on-site restaurant gardens, Mintel predicts. As more chefs are recognized for a commitment to growing much of their own ingredients or procuring them from local sources — Chicago’s Rick Bayless and Seattle’s Jerry Traunfeld spring to mind — more restaurants will look to differentiate themselves in this way, the research firm said.

Not that the trend would be exclusive to chef-driven independent restaurants. Quick-service chain Burgerville already has garnered increased guest counts and sales with a seasonal-ingredient limited-time offer that changes every month. The 39-unit brand is showcasing local cranberries for the month of November, including a turkey burger with cranberry and jalapeno salsa, sweet-cranberry bourbon baked beans, and a cranberry-walnut tart for dessert.

As guests cut back on actual visits to restaurants, some brands are branching out beyond breakneck unit growth and developing more online-ordering platforms or making inroads into retail sales, Mintel pointed out.

Innovations in ordering are everywhere in the pizza segment. Pizza Hut recently won two awards from the Mobile Marketing Association for its smart-phone application, which it said accounted for $1 million in sales this past year. Competitor Domino’s chose not to develop a smart-phone app, opting instead to build optimized mobile-ordering platforms for the Apple iPhone, Palm Pre and Blackberry.

Meanwhile, grocery store shelves are becoming more crowded with restaurant companies’ branded items. While celebrity chef Wolfgang Puck, California Pizza Kitchen and T.G.I. Friday’s have been in the space for a while, brands such as Starbucks, Jamba Juice, Bennigan’s and P.F. Chang’s have debuted new retail products over the past year.

According to Mintel research, nearly nine in 10 Americans think it’s important to eat healthful meals, but 63 percent say that’s very difficult to accomplish in restaurants because of a lack of healthful items.

But many chain restaurants have been at this trend for a while, as calls for legislation requiring the display of nutritional information or the reduction of sodium levels in restaurant food have necessitated innovation. Recent examples of more healthful menu initiatives include Dunkin’ Donuts’ DDSmart line, Starbucks’ move away from high-fructose corn syrup and KFC’s introduction of Kentucky Grilled Chicken.

In addition, Romano’s Macaroni Grill continues to introduce more healthful entrees in its ongoing menu makeover. For example, a reformulated recipe for the chain's scallops and spinach salad contains 420 calories, and a new Lamb Spiedini dish coming out next week contains 505 calories.

Mintel noted that four in five Americans said they had eaten ethnic food at a restaurant in July. The research firm projected that, because cuisine types like Chinese, Mexican and Italian have become so mainstream, “it’s time to dig deeper” and feature the staple foods of specific regions, from Tuscany in Italy to North Carolina-style barbecue.

Italian dinnerhouse chain Il Fornaio has integrated the tour of different regional cuisines into its successful, long-running loyalty program, Festa Regionale. The Corte Madera, Calif.-based chain gives its guests a “Passaporto” in the mail and invites them to have the paper passport stamped each time they eat from a monthly rotating menu featuring cuisine from a different Italian region. In December, Il Fornaio will showcase the food and wine of Sicily.

In addition to its Chicago headquarters, Mintel has offices in New York, London, Tokyo, Shanghai, China, and Sydney, Australia.