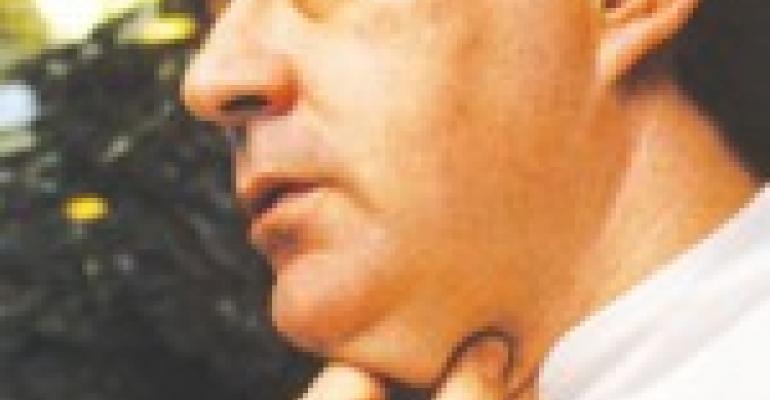 Ferran Adrià has no worries when it comes to filling the seats at elBulli, his storied restaurant in Roses, Spain.

With more than 2 million reservation requests a year and only about 8,000 places available, the seasonal restaurant is able to accommodate less than half of a percent of all the people who want to dine there.

Knowing that he is playing to a full house every day, however, doesn’t mean Adrià has few concerns. The father of fancy foams, gels and menu items designed to play with the palate closes elBulli for half the year—from December to June—to spend time reinventing his cuisine. During that time he whips up such concoctions as tandoori chicken wings with borage shoots, oyster cream and frothy cheese curds.

Thomas Keller, the bi-coastal chef-owner of The French Laundry in California’s Napa Valley and Per Se in New York, calls it “intellectual cuisine.”

“It might be the most important meal on the planet,” says celebrity chef, television personality and author Anthony Bourdain.

elBulli is located northeast of Barcelona on a property that was a mini-golf course in the 1960s, then a beach hut serving casual fare and finally a full-fledged fine-dining restaurant that won its first Michelin star in 1976. After working at elBulli as an employee, Adrià became a partner of the restaurant in 1990.

Since then, he has established himself as the high priest of avant-garde cuisine. His face has appeared on the cover of numerous periodicals, including The New York Times Sunday magazine and Time. The Culinary Institute of America recently honored Adrià as the Chef of the Year, and the school’s students welcomed him with a standing ovation before he had even uttered a word.

“Try to create a new language every day,” Adrià told them, “and move our profession forward.”

He went on to explain the importance of culinary arts in relation to other arts.

“The form of culinary arts is a very sacred thing,” he said. “If we don’t eat, you know what happens. If you don’t go to a museum and see a painting, or listen to music, you don’t die.”

How was your recent talk with students at The Culinary Institute of America?

We talked about life and honesty.

What did you tell them about honesty?

Look every day in the mirror and ask, “What do I want to be?” The most frustrating thing is, even I don’t have an answer myself.

What advice did you offer about being a restaurateur?

I told them about the complexity of running a restaurant. It has been 25 years of change and hard work.

Did you want to be a chef when you were a student?

I was going to be a soccer player. The coach said that wasn’t going to happen. You are what others think you are.

You said Spanish food is at an important moment right now. What do you mean?

Step by step, they have come—every year six to eight chefs [from the United States] come and work in Spain. They are taking a risk. Avant-garde has gotten known in Spain and in the U.S. And through that, people are learning about traditional Spanish food. But it is a slow process. Mainly, it is an attitude for risk. I believe the U.S. is a country that celebrates risks. What is important is the philosophy behind it. [A restaurant serving] haute cuisine used to be the place to have a great meal. But today things are changing.

“The best cook on the planet.”—Joël Robuchon, chef-partner, L’Atelier, Paris

How so, and what do you believe diners really want from your restaurant?

People don’t come just to be fed. They are coming to lift their spirits—to engage in a unique experience. The attitude is everything. A sense of humor used to be a component that people would not use in a restaurant. A challenge was seen as unwelcome.

What’s your next project after the launch of your 500-page book, “A Day at elBulli?”

I am doing a visual catalog, like a movie, a day in the life.— [email protected]