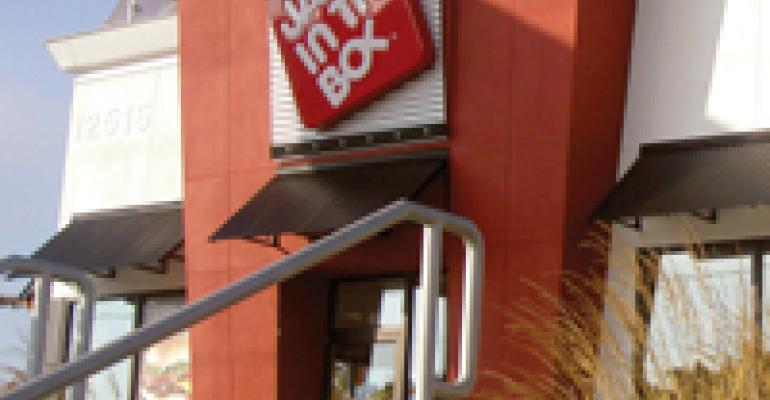 Restaurant operators were riveted last fall when Wendy’s International agreed to sell its struggling Baja Fresh Mexican Grill chain for the bargain price of $31 million—considerably less than the $275 million that the Dublin, Ohio-based company had paid for the fast-casual brand in 2002.

The sale of the 299-unit, Thousand Oaks, Calif.-based chain realized the worst fears of risk-taking operators seeking to grow their businesses by diversifying their portfolios. After attempting “to go where the consumer wants to go,” as Wendy’s then-chief executive Jack Schuessler had said at the time of the Baja purchase, the nation’s third-largest fast feeder discovered that its success lay squarely in focusing on its old-fashioned hamburgers. Analysts called the sale price “paltry” and “shockingly low.”

Still, Wendy’s misstep has not dissuaded other operators—both large and small—from adding new concepts to their stables either to complement the menu items or dayparts of their original brands, gain instant access to new markets, capitalize on emerging brands, or provide more growth opportunities for both franchisors and franchisees.

Recently, a 45-unit Hardee’s franchisee in Cornelius, N.C., said it had purchased 16 Little Caesars pizzerias in the Tennessee and Virginia Tri-Cities market from Kingsport, Tenn.-based Megan and Me Investments, a group owned by Ken and Anita Bates. Terms of the sale were not disclosed. The buyer, Restaurant Management Group, is the fourth largest franchisee in the Hardee’s system and a three-time franchisee-of-the-year winner, says RMG president Jack Mangan. The acquisition gives RMG, which already has 18 Tri-Cities-area Hardee’s, an immediate foothold in a desirable market where RMG would like to grow, he says. RMG also operates in West Virginia, Ohio and Pennsylvania.

“There is an allure to having a portfolio of brands,” says Dennis Lombardi, principal with WD Partners, a restaurant consulting group based in Columbus, Ohio. He pointed to Dallas-based dinnerhouse titan Brinker International as the ultimate example of a company that has built a largely successful portfolio of brands.

“Not all companies succeed at this,” he says, adding that a lack of focus on the new brand, attempts to change it when it doesn’t need changing or the distraction from correctly operating the core brand all can lead to failure.

Consultant Bob Sandelman of Sandelman & Associates of San Clemente, Calif., points to the decidedly different experiences that Oak Brook, Ill.-based McDonald’s Corp. and Wendy’s had when taking on their respective Mexican fast-casual brands. McDonald’s bought a majority stake in Denver-based Chipotle  Mexican Grill in 1998, which had 14 units at the time. Last October, McDonald’s completed its spinoff of Chipotle, which now has about 510 units, in a stock-for-stock exchange that followed a partial spinoff of the chain through a successful initial public offering in January 2006.

“It depends on the situation and how well they manage the other chain,” Sandelman says. “It seems to me that McDonald’s bought a controlling interest in a chain that was relatively successful. They kept founder and chairman Steven Ells at the helm and grew slowly. Chipotle won the battle of the fast-casual Mexican chains.”

Sandelman says he faults Wendy’s with overpaying for Baja Fresh, growing it too quickly and making too many management changes. He further concludes that Wendy’s bought Baja Fresh at a bad time, when it should have concentrated on remaking its marketing and other programs following the death of its iconic founder, Dave Thomas.

When Wendy’s announced last October that it would unload Baja Fresh for $31 million, management claimed its reason was to become better focused on its namesake hamburger brand. At the time of the announcement, Baja Fresh’s same-store sales had fallen 6.1 percent below year-earlier levels.

Today, Wendy’s continues to have a majority interest in Dallas-based Café Express and a minority stake in Pasta Pomodoro of San Francisco. Officials declined to comment on plans for those brands, saying only through a spokesman, “We are seeking strategic alternatives for Café Express; our primary focus is on the Wendy’s brand.”

McDonald’s also did not comment by presstime on plans for the two brands it still partly owns: Boston Market, the rotisserie chicken and home meal replacement chain based in Lakewood, Colo., and Pret a Manger, a sandwich and beverage chain based in the United Kingdom. In mid-January, however, Boston Market officials alerted employees that McDonald’s might sell the chain. McDonald’s officials confirmed they were assessing options for the chain, which they have owned for about seven years, but have not decided whether to divest the chain or what form an exit might take.

According to Allan Hickok of Houlihan Lokey, a financial advisory firm in Minneapolis, McDonald’s decision to let go of Chipotle and get back to the basics of focusing on its core brand is a good one. “They got rid of distractions that weren’t contributing to the enterprise,” he says.

Nonetheless, Hickok says he believes some companies can do a good job of operating more than one chain. “You have to do things right,” he says. “For instance, dinnerhouses going into fast food haven’t worked that well.”

Sandelman credits San Diego-based Jack in the Box with performing well with Wheat Ridge, Colo.-based Qdoba Mexican Grill since acquiring it four years ago. Currently, there are 339 Qdoba restaurants in 40 states, compared with 85 units in 16 states at the time of the acquisition.

Hamburger chain Jack in the Box, which now has 2,084 units, compared with 1,862 in 2003, was looking to acquire a second chain as an expansion vehicle for both the company and its franchisees, says Dave Theno, senior vice president of quality and logistics.

After looking at several potential acquisitions, Jack in the Box chose Qdoba because of its food, concept, strong management team and growth potential, Theno says.

“Our philosophies and core values were similar,” he says. “Many mergers and acquisitions end up with personality conflicts about how to treat guests and employees.”

Qdoba’s business model is different enough from Jack in the Box’s in that it attracts some different customers, Theno says, pointing out that Qdoba is fast-casual, features contemporary Mexican flavors, has higher check averages, and has no drive-thrus, with just a couple of exceptions in remodels.

“Our goal was to not get in their way,” he says.

Jack in the Box has been able to help Qdoba grow because of its more-established infrastructure in all areas, including the supply chain, employee benefits and food safety programs.

“We’re doing everything we can to help Qdoba grow at a rate they’re comfortable with,” Theno says. “Our job is to help them execute their goals as well as we can.”

CKE, the parent company of the Carl’s Jr. and Hardee’s hamburger chains, has had a somewhat different experience with its Mexican fast-casual brand, La Salsa. The 95-unit chain recently has not grown, but it now is gearing up to expand with the help of a new prototype and other changes.

At the time of CKE’s acquisition several years ago, La Salsa and Green Burrito were parts of the same company. “CKE acquired both because we wanted Green Burrito for dual branding,” says spokesman Brad Haley. “We are now reimaging La Salsa.”

Amir Siddiqi, chief operating officer of La Salsa, says the prototype is more festive and colorful than the older model and has a full bar. “All new ones will have that design,” he says, and a few older units in California have been remodeled with that look.

“Investment costs are lower for La Salsa because they’re smaller and mostly in-line,” he says. “We’re not planning to put in drive-thrus.”

Making use of CKE’s training, purchasing, marketing and other systems has been a huge advantage for La Salsa, Siddiqi says.

CKE previously held interests in several other chains, including Taco Bueno, Rally’s, Checkers and Timber Lodge. It has divested all of those interests and used the proceeds from the 2001 sale of Taco Bueno to permanently reduce bank debt.

“If you keep your priorities straight, [owning other chains] can be a worthwhile proposition,”

Panera Bread late last year acquired a 51-percent stake in Paradise Bakery & Café, a similar 44-unit bakery-cafe chain based in Aspen, Colo., with units concentrated in the Phoenix market. Richmond Heights, Mo.-based Panera, which has quickly grown to more than 1,000 bakery-cafes, does not have a presence in Phoenix.

Panera does not plan to change anything about Paradise and will keep current management in place, says Jeff Kip, Panera’s chief financial officer. “It’s a way to have a presence there more quickly,” he says.

In a slightly different scenario, Church’s Chicken’s largest franchisee, Atlanta-based Royal Hospitality Corp., recently acquired Shoney’s, a full-service family-dining chain with 282 restaurants in 18 states, mostly in the Southeast. The Nashville, Tenn.-based chain is considerably smaller than it was at its peak in the early 1990s, when it had some 1,200 locations.

David Davoudpour, Shoney’s new chairman and chief executive, says his mission is to take Shoney’s back to its glory days. “It’s an American tradition,” he says. “Baby boomers grew up with the brand and love it.”

He and his management team are working on a formalized turnaround plan that is expected to take a few months to finalize. Shoney’s already has reformatted its popular breakfast buffet. Historically, breakfast has driven more than one-third of Shoney’s revenue.

Shoney’s “Fresh Roast” coffee program was introduced about three months ago as a preview to the breakfast buffet makeover. The strategy does not compete with Church’s lunch-and-dinner-focused concept.

Some other large quick-service franchisees have made their own acquisitions as an added growth strategy when their core brands near saturation in their territories.

Carrols Corp., a Burger King franchisee based in Syracuse, N.Y., also operates Pollo Tropical and Taco Cabana. Spokesmen could not be reached for comment on future growth plans.

Strategic Restaurant Acquisitions Corp., another Burger King franchisee, based in San Ramon, Calif., recently purchased a 19-percent equity stake in Cary, N.C.-based Bear Rock Café, a 33-unit fast-casual mountain-lodge-theme chain. At this point, though, Strategic does not plan to participate in Bear Rock’s operations in any way other than being on its board of directors, says president Jerry Comstock.

Jack Hayes contributed to this story