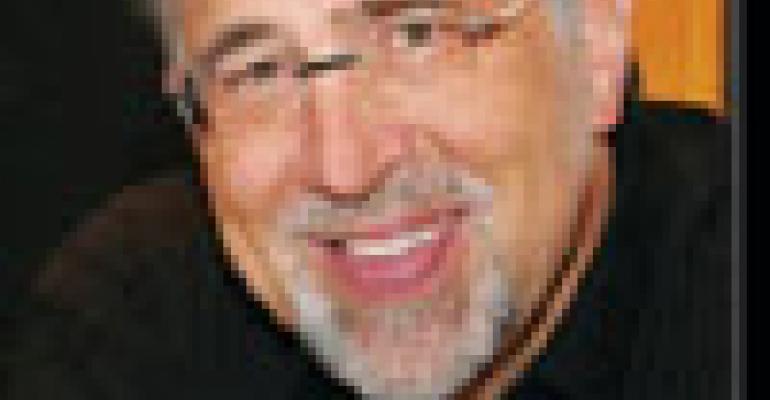 Fast-casual segment continues to forge ahead despite uncertain economic times

“Fast casual” has for several years been the sweet-spot positioning for new restaurants or restaurant extensions, but the turbulent economy has exposed the vulnerability of even that supposed magic label.

The perception of some fast-casual restaurant concepts as perpetual money machines has been dashed as many such stores bump into same-store sales dips and even reduce build-out schedules. But despite those cautionary signs, the segment still has good upside potential, according to operators and industry observers.

“Other than the bakery-cafe category, where you have the Paneras and Atlanta Breads and few others, and the Mexican category, where you have Chipotle and Baja Fresh, you really don’t have much selection,” Paul says. “Italian is underdeveloped. There isn’t much in the fish-seafood category. And there aren’t a lot of players in some of the ethnic categories. We believe the category is underdeveloped.”

While the fast-casual segment has not been immune from current macroeconomic pressures, it has fared better than other industry segments.

For the year ending July 2007, traffic counts in the fast-casual segment rose 12 percent over the same period a year before, according to a survey by the NPD Group, a market research firm in Port Washington, N.Y. However, NPD found that growth was fueled largely by unit expansion and not by increasing same-store sales. The fast-casual segment makes up 2 percent of commercial restaurant industry traffic.

In comparison, NPD reported traffic in the quick-service segment, which includes fast-casual traffic, grew 2 percent over the prior year, and casual-dining traffic grew 1 percent. Quick-service restaurants make up 77 percent of commercial restaurant industry traffic, and casual dining makes up 11 percent.

NPD’s definition of fast casual includes outlets with a limited-service or self-service format, an average check typically between $6 and $7, made-to-order food, and an upscale decor. Many fast-casual concepts now have check averages pushing toward the $10 mark, however.

“Fast-food restaurants continue to capture a larger share of all meals, but half the growth over the past year has come from that very small segment of fast-casual restaurants,” says Harry Balzer, vice president of The NPD Group. “Overall, they don’t account for a big portion of the business, just about 2 percent of the total business, but they are capturing a greater share of the meal visits. The segment’s impact is well beyond its size.”

“Traditional fast food is doing much better than it had in the past,” he says. “McDonald’s, Burger King and even Wendy’s are showing positive same-store sales. On the other hand, the public fast-casual chains in the most recent quarter show that Chipotle continues to do well. Panera seems to be back up. Pei Wei is still struggling, but some of that they blame on cannibalization. Over all, the segment is doing well, but it’s got a lot more competition than it had before. When consumers are squeezed, they may be looking for more value. Prices are still significantly lower at a traditional fast-food restaurant than they are at a fast-casual [restaurant].”

Although Paul sees very little promotion in the fast-casual segment and players are working hard to grow their dinner business, he says: “In the main, they are doing quite well at lunch. They are the ones we think are hurting traditional casual-dining restaurants. The food is quicker, and the customer controls the time.”

Balzer attributes much of the fast-casual segment’s success to its ability to offer the familiar, such as sandwiches and Mexican food, in a novel way.

“They are providing us with contemporary views of the habits we’ve always had,” he says. “They are upscaling the fast-food market, which in itself is innovation. They also tend to talk more about ‘fresh’ than ever before. That’s an important element in today’s marketplace.”

Nonetheless, the return on investment for fast-casual restaurants has not been as great as some operators first believed. In fact, it is similar to the ROI for casual dining, according to operators and observers.

“If your expectations are that you are going to make money hand-over-fist,” Brezinski says, the results will be disappointing. “Somehow the myth got out there that the economics of fast casual were way more favorable than full service. That’s a very incorrect assumption. The economics are very similar to full service. The slowdown you see may be that realization finally.”

Brezinski notes that Pei Wei units still have an average unit volume of more than $2 million. But three years ago, the AUV was $2.5 million.

In fact, slowed sales at both older and newly opened Pei Wei units prompted P.F. Chang’s recently to scale back expansion plans for the fast-casual concept.

In a conference call this fall, Rick Federico, chief executive of P.F. Chang’s, told analysts that “from a macroeconomic perspective, things have not improved, and if anything it appears that these challenges will be with us longer than we originally thought.”

Federico noted that the company had planned to open 37 Pei Wei units in 2008 but had lowered that number to 25. The company plans to open 18 new Bistro units in 2008.

“Given the challenge of improving margins, we believe that trimming back new-unit growth will help us to achieve our objectives and improve the concept’s profitability in 2008 and beyond,” Federico said at the time.

Some analysts welcomed the decision.

“We applaud the slowing of the concept as both comps and new-unit volumes came under increased pressure – an unmistakable sign that growth became low quality, in our view,” John Ivankoe of JPMorgan said in a report issued shortly after the announcement.

Houston-based Café Express, one of the pioneers of the fast-casual segment, will undergo some fine-tuning before it begins growing again, according to its new owner. The 18-unit chain this summer was purchased from Wendy’s International by the Schiller Del Grande Group, which had created the concept in 1984.

Wendy’s in 2002 purchased a minority share of the Café Express concept and later increased its stake to 70 percent. In February, Wendy’s acquired the remaining 30 percent and then sold it to Schiller Del Grande and its financial partner, the Redstone Cos. of Houston, in late July. Redstone was a financial partner in the original Café Express.

“We’re going to get hands around it again, although I think Wendy’s did a reasonably good job of running it,” said Lonnie Schiller, chief executive of the Schiller Del Grande Group. “They were a little distracted by other things that were much bigger things, but they did a good job of keeping the foundation of the concept and food values intact.”

The concept’s 18 units are located in Houston and Dallas. Sales for 2006 were about $32 million. Redstone also owns the Houstonian Hotel, Club & Spa as well as a wide number of other financial and oil and gas businesses.

The new owners will be doing “some refining” of the concept, which features burgers, salads, soups, pastas and grilled entrées, Schiller says.

“Wendy’s was a big corporation with 8,000 units, so 18 [Café Express units] was a little grain in the sand,” Schiller says. “It was run in a bit more institutional way when it was with Wendy’s, but that’s what they are really good at: systems, processes and procedures. It may be just bringing a little bit of ‘smallness’ back to it. We wouldn’t look at any growth for a year or more.”

Other companies are pursuing cautious growth of their fast-casual concepts. Earlier this year, California Pizza Kitchen of Los Angeles, which has 176 full-service restaurants and 26 limited-service CPK/ASAP units, had noted that the ASAP concept needed refining after construction of one unit was halted. “The capital costs are being addressed,” Sue Collyns, CPK’s chief financial officer, said at the time.

“But there are some people who have visualized the opportunity and taken advantage of it,” he said, citing Vincent Mandola’s Pronto Cucinino concept in Houston.

The Mandola family, which operates three full-service restaurants in Houston, opened its second Pronto this July in the Vanderbilt Shopping Center in Houston. The 3,600-square-foot Pronto offers many of the most popular dishes from the Mandolas’ other three full-service restaurants. Diners order appetizers, salads and entrées at a counter and then waiters bring the food to the table.

The Mandolas’ other restaurants – Nino’s, Vincent’s and Grappino’s – are known for wood-roasted rotisserie chicken, which many customers ordered for carryout. That chicken also is served at the two Pronto units, along with pastas, salads, beer and wine.

As consumers continue to be buffeted by the fallout from the subprime-mortgage crisis and higher gasoline prices, an effect felt broadly in the casual-dining segment, the fast-casual segment seems to help insulate patrons from some economic pressures, Brezinski says.

“Across the board, fast-casual prices are 15 percent less [than casual dining] because of the ‘no-tip factor,’” he says. “Even where the prices for fast-casual and full-service are going to be identical, it’s still going to be a greater value to go to the fast-casual side because there is no anticipation of the service expense.”

Menu offerings also are integral to a fast-casual concept’s success, he says.

“People still want to go out,” he says. “I’m still adamantly of the belief that if you give people what they can’t cook at home, especially, they will come out to you before they do anything else. The consumer palate is becoming more sophisticated. We all see that. They are not being fooled anymore by something that’s not as good as it should be. If anything, people who are not experiencing the kind of sales that they want to have may not be providing the product that the consumer is learning to expect.”

Having food quality that matches the standards of casual dining is crucial, Brezinski says.

“Even if you carve out a really good niche, if your product isn’t good you aren’t necessarily going to get the business,” he says. “People are savvy about recognizing what quality is now more than people ever have been. You can’t get away with just being convenient or just being value priced, you also have to have a good product.”

Brezinski said both sides of the restaurant would serve the same menu with the same portions, prices and presentations. The fast-casual side, openly connected to the full-service restaurant, will have its own entrance for the convenience of patrons who want a quicker meal, he said.

“I continue to say that if all things are equal and the prices on menu are almost identical to casual dining, we’ll be rewarded because we will be able to deliver it in a way that adds value by the nature of no service and the fact that it will be quicker,” he says. “I call Bengal Coast not so much a value hybrid as a service hybrid. I’m not trying to capture people because they spend less on the items themselves but because I’m giving them an alternative choice in how they use it. It’s a use hybrid, not a price hybrid.”

Going forward, observers note ease of use will ultimately aid the fast-casual segment’s growth. Balzer of NPD even foresees the category developing drive-thrus to capture more of the fast-food dollar.

“In the long run, what Americans generally want to have their food easier,” Balzer says, “and that drive-thru has been a real benefit to the industry. It surprises me that the category has developed without that one crucial element of feeding Americans today.”