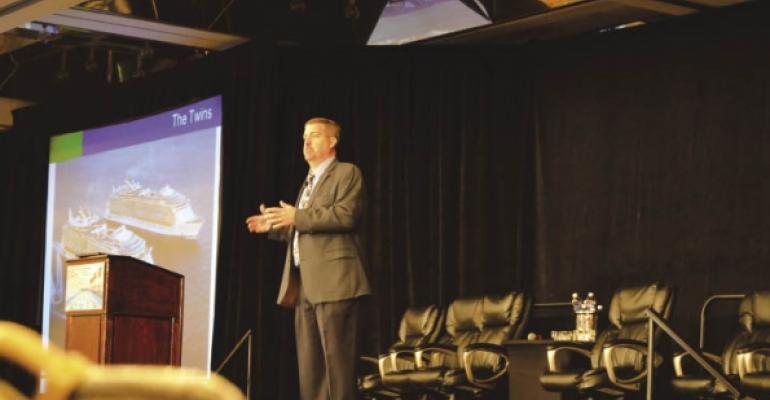 Miami — Data security and rapid advances in mobile technology were front of mind for the approximately 200 operators, vendors and experts gathered here for FSTEC NexGen 2012.

Those topics and their impacts both on restaurant brands and consumers were discussed in depth during panels, speeches and educational sessions throughout the three-day event at the Hyatt Regency Miami.

“Data security is a top concern,” said Don Zimmerman, chief information officer for Wendy’s, speaking on a panel of leading CIOs. “Mobility is changing the face of our business and retail in general.”

“Mobility is stretching into all aspects of restaurant operations,” he said. “The consumerization of tech is a stealth issue. When customers and employees have more usable and better tech than we offer, and they’re bringing it into the workplace, we have an issue.”

The rise in consumer and worker expectations created by handheld and touch-pad technology, along with the explosion in digital media, is creating new challenges for I.T. departments across the nation. How best to capitalize on these changes to improve both the top and bottom lines was the focus of several educational and keynote presentations.

The growing importance of social media as both a tool to drive sales and a factor in brand reputation was another hot topic during the gathering, which boasted more than 50 speakers and 70 vendors showcasing the latest in foodservice technology.

“When you think about our industry, it’s our reputation that builds and sustains us,” said Jeff Chasney, CIO of CKE Restaurants. “Social media amplifies word-of-mouth by 20 decibels, and it’s immediate. Getting your finger on that pulse is something that companies have been remiss [about].”

Zach Moffatt, who heads all digital media efforts for former Massachusetts Gov. Mitt Romney’s presidential campaign and oversees a staff of 130, shared his thoughts on the subject during an interactive keynote session.

“Social is driving reach much further than just television,” Moffatt said. “In politics we’re moving from list building and fundraising to persuasion and mobilization.”

The use of digital media has expanded beyond the younger demographics, he noted.

“The misconception is that social is only for younger folks, but people 45 and older are power users,” he said, noting that it’s important to understand the dynamics of those who are online and using mobile applications.

“It’s not about how many names you have; it’s about what their engagement level is,” Moffatt said. “Mobile apps are not for passive engagement.”

Another conference keynoter, Bill Martin, CIO of Royal Caribbean cruise lines, dazzled attendees with several tech advancements being used on the company’s cruise ships. Among them, real-time snapshots of how crowded a ship’s bars or restaurants are at any given time. The video-based technology feeds a system that constantly updates digital signage displays at points throughout the ship.

“It works to keep guests self- selecting away from any place where there might be a line,” Martin explained. “Our focus is on enhancing the customer experience and operation of the ship, not to have tech in your face.”