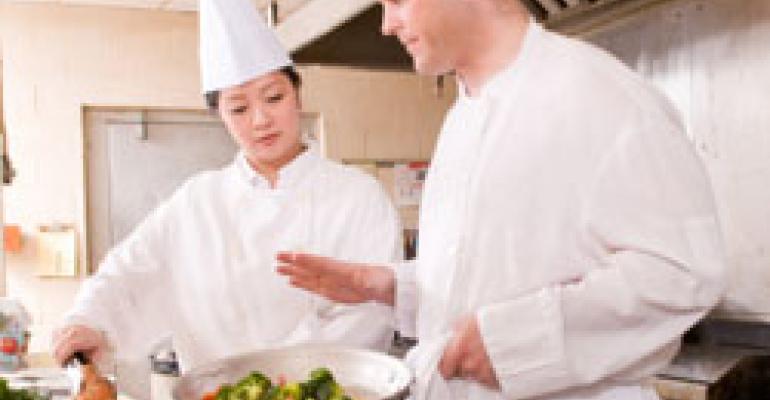 Executive chefs and pastry chefs saw significant increases in salaries last year, while sous chefs and hourly line cooks took a hit in pay, according to the annual salary survey by StarChefs.com.

Executive chefs at private clubs average an annual salary of $91,860, while at stand-alone restaurants they make an average of $71,063.

Comparing the states of California, Florida, Massachusetts and New York, StarChefs.com said executive chefs and sous chefs did the best in New York, chefs de cuisine made more money in Massachusetts than in the other states — and significantly more than in Florida, where the average pay was $49,300 compared to $67,938 in Massachusetts — and pastry chefs were best off in Florida. The web site also observed that sous chefs in California reported average pay of $4,000 less than they did last year.