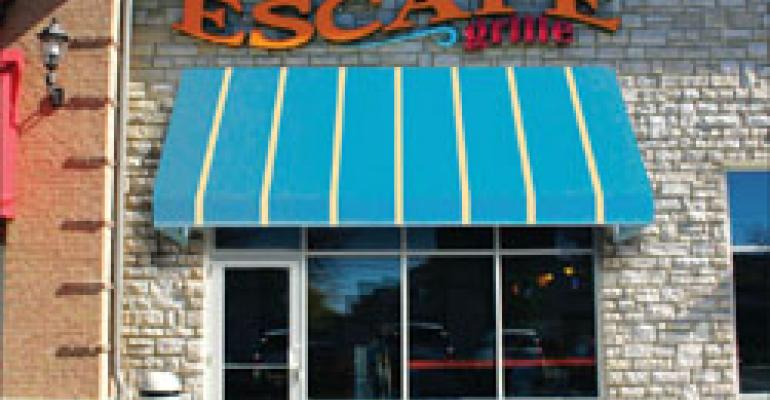 Limited-menu operators who had favored shopping mall food court sites are modifying their concepts for alternative venues that are less susceptible to inflated occupancy costs and traffic losses to discount retailers and e-commerce alternatives.

Saying that mall locations are less lucrative than they once were, executives of chains such as Steak Escape, Dairy Queen, Orange Julius and the multiconcept Kahala Corp. are blaming food court economics for steering them toward strip centers and newer, often more upscale lifestyle centers and other open-air sites.

Ken Smith, chairman of 145-unit Steak Escape, the Philadelphia cheese steak sandwich brand based in Columbus, Ohio, says malls’ rent charges are becoming “ridiculous” and his chain has found “it’s getting tougher and tougher to work in these malls.”

In tailoring its newly unveiled Steak Escape Grille model for other types of locations, the company has devised a larger menu and a more upscale feel than mall diners encounter. The decor of the Columbus prototype Grille features exhibition cooking, evokes a classic East Coast boardwalk restaurant and has 40 seats in about 1,700 square feet. A second Steak Escape Grille is scheduled to open soon in the Columbus market, Smith said.

Smith said nonmall locations do not restrict menu expansion the way that many food court landlords do to avoid duplicating other tenants’ offerings.

“The food court has evolved,” said Peter Haback, vice president of restaurant leasing for General Growth, a Chicago-based nationwide mall developer. “[However,] what customers used to accept they don’t accept any more.”

Haback acknowledged that common-area maintenance costs have escalated as landlords have invested in upgrades. He said some landlords are cutting back on the number of tenants in a common area and eliminated those that have generated inadequate volumes.

Common-area maintenance charges have increased so much they often equal the base rent, Conklin said.

International Dairy Queen of Edina, Minn., which has about 10 percent of its Dairy Queen and Orange Julius units in mall food courts, primarily as combo units, is “cautiously” moving toward opening more units in lifestyle and other open-air centers, said Troy Bader, IDQ’s executive vice president of franchise development.

“Our franchisees are definitely looking at a broader spectrum of opportunities,” he said.

The caution comes in because of the treat nature of IDQ’s brands, Bader said, which often makes them subject to impulse purchases, achieved with highly visible and convenient locations.

“There are some traditional malls where traffic continues to be strong, where owners are making significant reinvestments.”

A big downside of mall improvements is higher rents for franchisees, Bader acknowledged.

“We have to be more selective and understand the flow of traffic,” he said.

He would not disclose average unit sales for the 4,672 domestic Dairy Queen restaurants, which include combo units, or for the 118 Orange Julius locations.

“They’re exploiting traffic to the malls instead of inside malls” and enjoying lower rents in the process, he said.