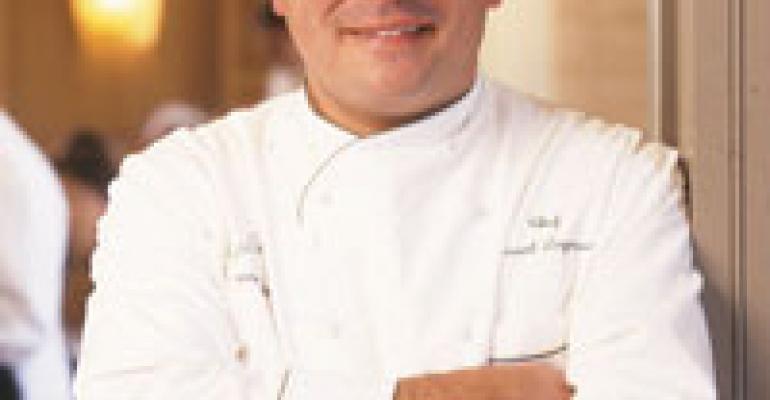 BETHLEHEM Pa. Emeril Lagasse will open his first burger restaurant this fall at the Sands Casino Resort here, an official from his restaurant company said Tuesday.

The full-service restaurant, which has yet to be named, will feature a number of gourmet burgers made with “several different kinds of ground beef and a variety of toppings,” said Dave McCelvey, Lagasse’s vice president of operations and culinary. The per-person check average is expected to be around $20, he said.

“This will be our most relaxed concept by far," McCelvey said.

McCelvey indicated that the restaurant could serve as the prototype for additional stores in the future.

“Right now I’ll say anything is possible, but we’ll start with this one, make sure it’s perfect and see if there’s room for more,” he said.

Also this fall, Lagasse plans to open a sports-theme restaurant, called Lagasse's Stadium, at The Palazzo resort-casino in Las Vegas. The restaurant, announced earlier this month, will feature Lagasse’s play on game-day favorites, a few of his New Orleans-style dishes and some twists on American classics.

Lagasse has 11 restaurants across the country, including Emeril's Chop House, which opened in May in the Sands Casino Resort in Bethlehem.