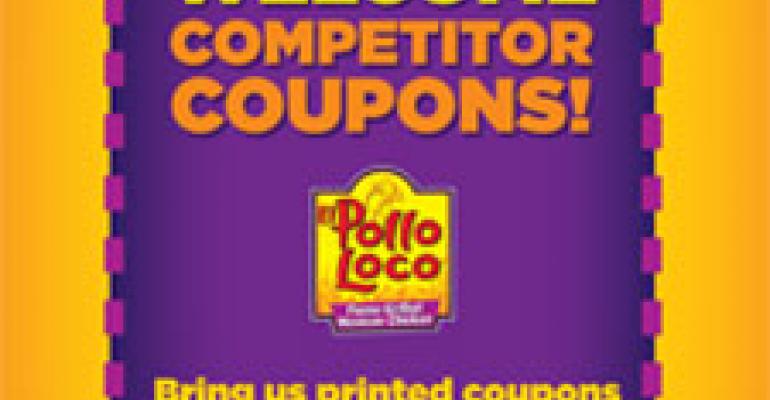 Company officials said it was the first time that El Pollo Loco has accepted coupons from competitors. No end date for the limited-time practice has been set.

“Though this offer may ruffle a few feathers, we want to do our part to heat up the economy and reward our guests by offering this special dollars-off discount on our fresh, healthful flame-grilled chicken,” said Steve Carley, El Pollo Loco chief executive.

KFC, a 5,300-unit chain owned by Louisville, Ky.-based Yum! Brands Inc., earlier this year rolled out its first value menu and has been focusing marketing efforts on the freshness of its chicken. Later this year, KFC is expected to roll out a new line of grilled chicken.