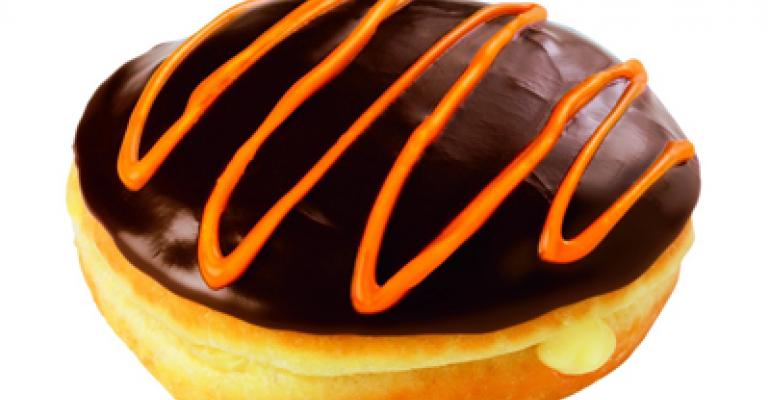 Dunkin’ Donuts has added a Twitter-based competition to its annual Halloween promotional lineup.

The 9,700-plus unit quick-service coffee and donut chain is offering its annual Boston Scream Donut — a Boston Kreme Donut with orange icing, at a suggested retail price of 89 cents — and an array of other Halloween-decorated desserts, which have in the past included Munchkin doughnut holes dipped in autumn-colored sprinkles.

Dunkin’ also is giving away a free trick-or-treat bag with the purchase of 50 Munchkin doughnut holes.

In addition, the chain’s Twitter followers are invited to tweet pictures of their own jack-o-lanterns using the hashtag #carveDD.

Submissions will be accepted until Oct. 30.

On Halloween, Canton, Mass.-based Dunkin’ Donuts will select the best pumpkins, based on originality/creativity, overall appeal and level of difficulty. Five winners will receive $50 gift cards.

Dunkin’ Donuts is not the only chain celebrating Halloween. Krispy Kreme rolled out four holiday-themed doughnuts called “Krispy Skremes” as an LTO in October.