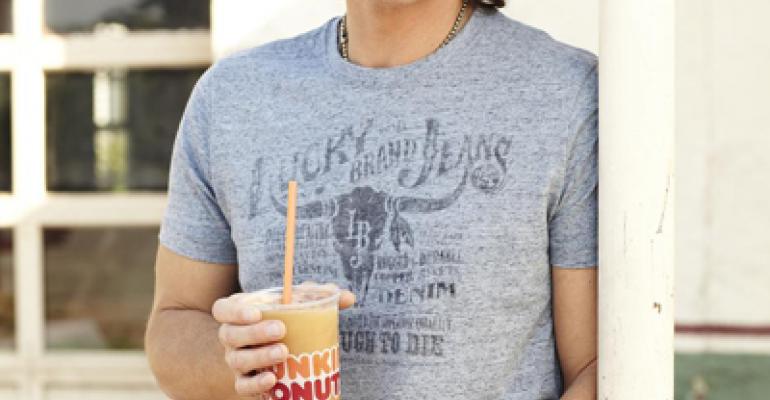 Dunkin’ will sponsor Nichols’ nationwide concert tour this summer to help promote its iced coffee and also will offer chances to win tickets, access to private performances and autographed memorabilia from Nichols, a four-time Grammy nominee who has had eight top 10 radio hits and four No. 1 songs.

Wednesday’s live video chat will be held at 7 p.m. Eastern Daylight Time and will include an acoustic performance.
Dunkin’s 3.6 million member Facebook community will have the opportunity to ask questions of the musician during the chat at facebook.com/dunkindonuts. It’s the first such chat on Dunkin’s Facebook page, the company said.

Dunkin first collaborated with Nichols in Boston in November 2010, when he was a featured guest and performer at an event to help launch the 9,800-plus-unit chain’s partnership with the United Service Organizations to support U.S. troops and their families.

“Dunkin’ Donuts is pleased to partner with Joe Nichols to provide fans exclusive opportunities to connect with Joe and his music and at the same time shine the spotlight on our iced coffee as the perfect refreshing beverage to keep people running all year long,” he said.

“Dunkin' Donuts already made my favorite coffee, so there was an immediate interest on my part,” Nichols said in the release. “And after seeing them so proactively supporting the troops via the USO, and given my very public support of military personnel, we found out we had even more in common. The more we talked, the more the connection between us grew. I can’t imagine a better fit.”