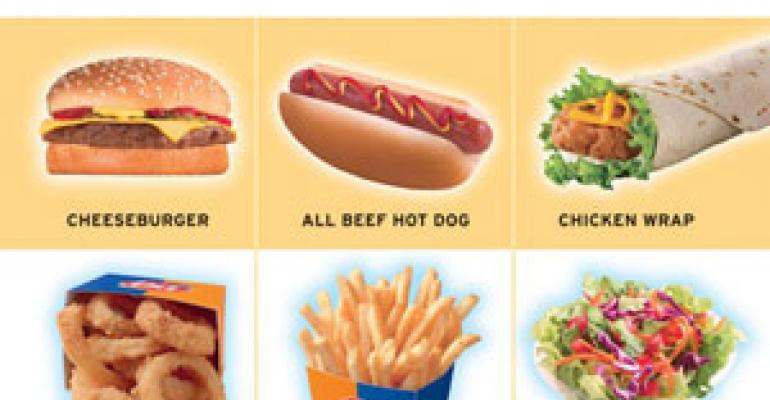 MINNEAPOLIS Dairy Queen said it is rolling out its first permanent value menu, which will be available nationwide starting March 1.

The Sweet Deals menu features nine regular menu items that customers can combine for a set price: two items for $3, three for $4, or four for $5. The menu includes a cheeseburger, a hot dog, a new chicken wrap, French fries, onion rings, a side salad, a medium beverage, a small soft-serve sundae and a soft-serve cone.

The deal will be available at 2,323 restaurants in the United States and 400 in Canada, Dairy Queen said.

The Sweet Deals value menu has been tested in certain markets since 2007, and the company said it already accounts for 7 percent of sales in restaurants where it has been implemented. Company officials said they expected the new deal to add between 2 percent and 3 percent to same-store sales.

Dairy Queen said it would support the Sweet Deals rollout with national advertising in March and May.

Many chains have introduced or added to their value offerings as consumers across the country are spending less. Sonic Drive-In debuted its first value menu at the end of 2008, and Starbucks said last week it would introduce affordably priced "breakfast pairings" as it fights falling sales.