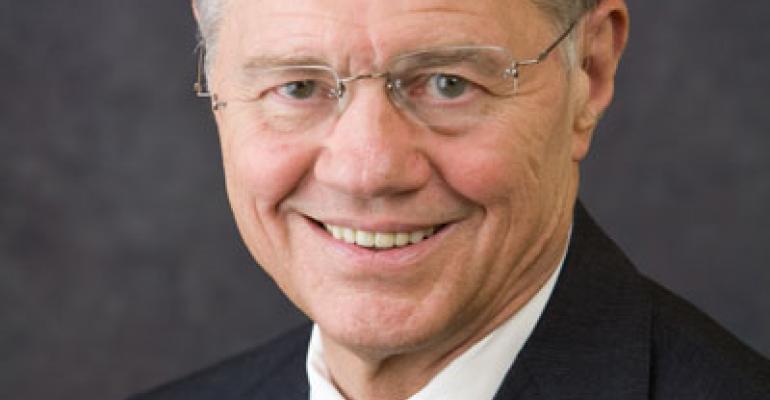 Monaghan, a former U.S. Marine, said his military background inspired the Gyrene moniker, which is a nickname for a Marine.

The 74-year-old Monaghan said he plans to open the first Gyrene location in two months and the second outlet 30 days after that.

Gyrene will sell two types of burgers — a classic with ketchup, mustard and pickle, and a deluxe with lettuce, tomato and mayonnaise. Both will feature two beef patties, bacon and cheese. Burgers start at $5.99, and there are no sides or drinks.

The concept will feature delivery by employees dressed in camouflage outfits, who will address customers as “Sir” or “Ma’am,” and then salute them after handing off the burgers.

Delivery staff, who will go through a training camp called “burger boot camp,” will then run back to their cars for the next assignment. They will be called gyrene joggers and report to store managers, referred to as captains.

Delivery will be free within a mile and a half, but customers must order a minimum of two burgers. The restaurant aims to complete deliveries in 15 minutes or less.

Domino’s initially made its reputation by guaranteeing it would deliver pizzas within 30 minutes, or the order would be free. Eventually, that guarantee was dropped when critics said the policy encouraged reckless driving by delivery personnel.

Customers also can pick up burgers at the restaurant, but there will be no seating at either of the planned locations, Monaghan said.

He added that he’s not sure whether the idea will be profitable.

“I’m not sure if this concept will work,” he said, adding that he will hold off on further development until he sizes up the performance of his first two locations in southwest Florida.

Monaghan, also the former owner of the Detroit Tigers baseball team, sold Domino’s Pizza in 1998 when the chain had more than 6,000 locations. Ann Arbor, Mich.-based Domino’s now has 9,436 units worldwide.