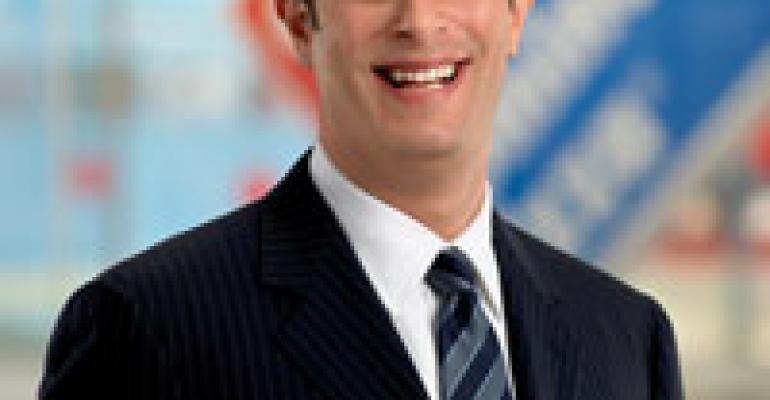 ANN ARBOR, Mich. What a difference a few months can make in the foodservice industry.

Last December, Domino’s Pizza, the nation’s second-largest pizza chain, shook the industry with the announcement that it had reformulated its core pizza product, in response to consumers saying for years that it could have tasted better. The Ann Arbor-based chain even went the untraditional route of announcing the new pizza with a four-minute online documentary, “Pizza Turnaround.”

But for all the buzz Domino’s gained throughout the industry, some consumers still have not tried what chief marketing officer Russell Weiner calls Domino’s “new, inspired pizza.” So the chain is doing what it’s done for 50 years — delivering pizzas to customers. Only this time Domino’s is not waiting for customers to place an order first.

In “Pizza Holdouts,” another long-form online documentary Domino’s has made to advertise its new pizza, it uses reality-TV-like methods to turn the hometowns of three different consumers into a giant advertisement for Domino’s. The chain then speaks directly to the so-called holdouts to get them to finally try the new pizza. The latest campaign marks a departure from the contrition of “Pizza Turnaround” and aims to sustain Domino’s momentum, Weiner said.

He recently spoke to Nation’s Restaurant News about how to set the stage for the company’s ongoing story.

The move from “Pizza Turnaround” to “Pizza Holdouts” seemed to mark a growth in confidence for Domino’s. How did that develop from a marketing standpoint?

This whole thing started with the new pizza itself. Our confidence in how much better the pizza was created a really compelling story to tell, and that story is just continuing. As you unfold different chapters of that story, you need to take different angles, and I almost think of this as a multi-act play.

Act one was “Pizza Turnaround,” where we listened to our toughest critics and made a whole new pizza. In act two, we were so confident that the pizza was better that we went to the homes of those critics and surprised them at their door with it. Act three was, “Just in case you don’t believe that last documentary, believe America,” because this new pizza beat Papa John’s and Pizza Hut’s in a taste test.

So the fourth act is, “OK, what else can we do?” We completely changed a 50-year-old recipe, went live to people’s doors with it, and beat Papa John’s and Pizza Hut, so what else can we do? Why are people still holding out? It’s hard for us to figure out why, so maybe it’s because you haven’t heard about the pizza. We sought out people using reality-television techniques, and when we found people who hadn’t heard of or tried our new pizza, we turned their town into a commercial.

Domino’s uses another long-form online documentary for “Pizza Holdouts.” Why is that format an efficient use of your creative resources?

Well, we have a fantastic agency, Crispin Porter + Bogusky. They’re so good at this format, like they did with Burger King’s “Whopper Freakout.” But the reason our particular brand thought it was necessary is because we’ve been very transparent about this whole process. At the time we were making the “Pizza Turnaround” documentary, a bunch of big banks had failed and been bailed out, and consumers’ trust was very low. When we went to tell people about our inspired new pizza, we knew there’d be a lot of doubts, so we were completely transparent. There’s only so much you can say in 30 seconds, but the documentary lets us show the whole story.

But you’re also able to break up the documentary footage into your 30-second spots.

We know when we’re going out that we’re going to shoot both. For that first spot, we shot 36 hours of footage for a 30-second spot. When you shoot a documentary ... you’re telling a story. We said, “We want to tell a story, as long as it takes.”

All the news this year has been about the new pizza, while last year Domino’s made news with new products like oven-baked sandwiches, bread-bowl pastas and the Lava Crunch Cake. How do you strike a balance between core and noncore product news?

Obviously, it’s great when you can do both. Now we have new news with the new pizza, and its driving traffic and building the brand at the same time. I’ve been here [with Domino’s] for a year and a half, and in that time about 80-plus percent of the menu has been reinvented, whether it’s the subs or the Lava Crunch Cakes or the American Legends line of pizzas.

Last year was the reinvention of the menu and expanding dayparts, and this year it’s about our core product, but I look more at the balance between the two over that longer time period, and the balance feels pretty good.

How do you emphasize Domino’s service elements, for which it’s known, during all this advertising for the new pizza?

The best way to do that is to walk the talk, and the beauty of it is that our out-the-door times and operations scores are actually moving in a positive direction versus where we were. Secondarily, I think service is comprised of other things, like how quick the pizza gets to you but also how good it tastes. We’re still delivering great service, and certainly a better online experience, and a better pizza overall, so I think the service message is more complete.