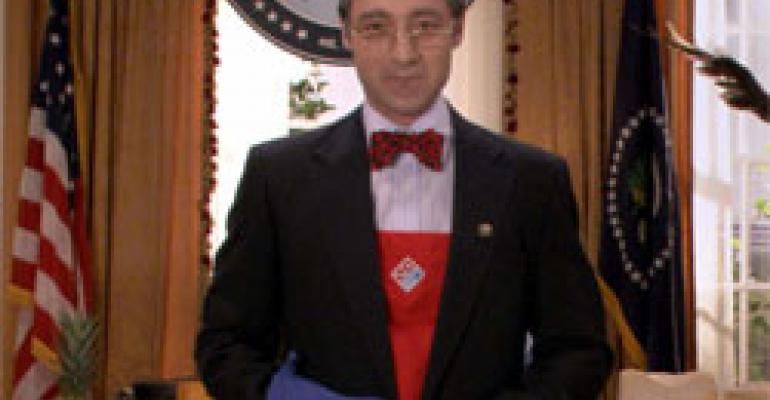 ANN ARBOR Mich. Domino’s Pizza has launched a media campaign featuring a “Secretary of Taste” endorsing the chain’s American Legends line of pizzas, which were rolled out nationwide two weeks ago.

The fictional character says the new pizza line is the centerpiece of his “taste stimulus package” because it has 40-percent more cheese than other Domino’s pizzas, along with other premium toppings.

The media campaign was developed by Crispin Porter + Bogusky, with support from Dairy Management Inc., the marketing arm of the American dairy industry, and features a series of television spots of the Secretary of Taste addressing the nation from his office. They will air on various networks and cable stations through April 12.

In addition, Domino’s pizza boxes have been redesigned with the American Legends theme and now feature “tastisms,” or quotations from the new spokesman.

The American Legends line is inspired by regional taste combinations and includes a Hawaiian pizza with ham and pineapple, a Buffalo chicken, a Memphis barbecue chicken, a Philly cheese steak, a “Pacific Veggie” with feta cheese, and a “Cali Chicken Bacon Ranch,” which has chicken breast, white sauce and smoked bacon. A large pizza is $12.99 and a medium is $10.99.