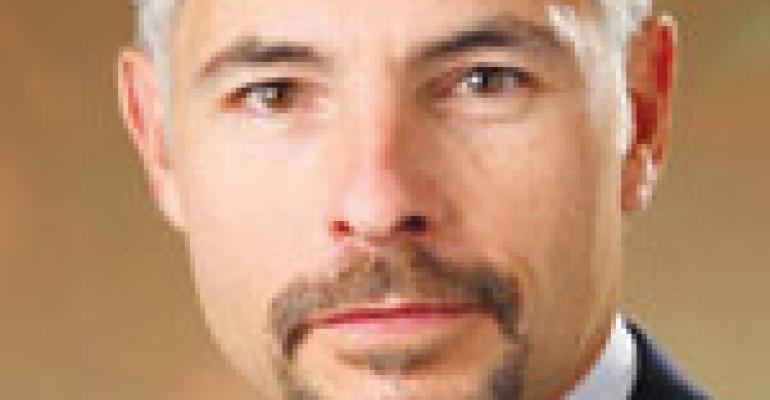 When Wendy’s International Inc. appointed its chief financial officer Kerrii Anderson to the chief executive post in 2006, the rise of a numbers guru with no restaurant operations experience appeared to illustrate how thoroughly finance expertise trumped other credentials in an era of buyout fever.

“The ops perspective appears to us to be the focus,” said Bob Gershberg, a managing partner at executive search firm Dick Wray Group. “We are clearly seeing that trend.”

While many factors come into play when a board of directors weighs the credentials of candidates for president or chief executive, the movement of late has been one away from leaders with marketing glitz or deal-making prowess and toward corner office tenants who can expertly manage fundamentals amid slowing traffic and skyrocketing costs.

With an economic downturn severe enough to force some restaurant chains into bankruptcy, and with pressured profits across the board, it’s not surprising that search committees now zero in on leaders who can make the most out of operations, observers say.

“I don’t think boards are consciously setting out to do that, but as they go through the process and look at the strengths each individual brings, they have been gravitating toward a track record of great execution,” said Joan Ray, executive vice president of search firm Elliot Associates.

Dairy Queen’s current chief executive and chairman, Chuck Mooty, acknowledged the utility of Gainor’s supply chain expertise in today’s economy, but insisted that choosing a leader based on current market conditions would be “shortsighted.”

For Wendy’s, operations are at the forefront after a failed turnaround under former CFO-turned-CEO Anderson. She took over in spring 2006, after 30-year Wendy’s veteran Jack Schuessler stepped down amid calls for change at the company from activist shareholder Nelson Peltz. Back then, many restaurant chains were relying heavily on their chief financial officers to work with shareholders and complete deals in a market flush with cash. Wendy’s sought a financial expert to handle Peltz, spin off the bakery-cafe chain Tim Hortons, and help Wendy’s better compete against McDonald’s and Burger King, which were on the upswing.

But the climate has changed dramatically since then, and as the economy tanked, Anderson’s lack of restaurant expertise struck some investors as a liability. Today, Wendy’s has turned to a seasoned operator to execute the merger with Arby’s and steer the flagging No. 3 hamburger chain through a weak economy.

As Smith made sure to detail in a May letter to the Wendy’s system that also was filed with regulators, his credentials stretch all the way back to his first job at a McDonald’s restaurant when he was in high school. He served as Arby’s Inc.’s president and CEO in the late 1990s, and Peltz, then Triarc’s chairman and CEO, brought him back to run the brand again in 2006.

In the seven-page missive to Wendy’s employees, Smith also took pains to emphasize the values he has in mind for Wendy’s as part of a combined company with system sales totaling $12 billion: integrity, respect and honesty. More common in self-help books than Securities and Exchange Commission filings, such language could have been meant to soothe workers fearing that, as Smith acknowledged near the end of his letter, job cuts would follow big changes at the top.

Applebee’s, which was sold to IHOP last year, also needs to turn around sales and margins after more than three years of negative traffic trends. A 25-year industry veteran, Archer has a reputation as a skilled operator. At T.G.I. Friday’s he improved same-store sales and operating profits. Prior to that, he led the Z’Tejas Southwestern Grill chain and served as chief operating officer of the Sullivan’s and Del Frisco’s steak-house brands. Archer held the CFO post at Morton’s Restaurant Group Inc. early in his career, but transitioned to operations.

“He’s clearly one of the rare individuals who are able to go beyond finance and become thought of as an operator,” Ray said.

Like the other companies turning to ops experts, Buca needs to improve revenues and profits just as cash-strapped consumers are cutting back on discretionary meals out. In February the chain announced job cuts and restructuring moves to save money, including the exit of CEO Doolin. As reported, Buca has hired investment bank Piper Jaffray for help raising funds or finding a merger partner.