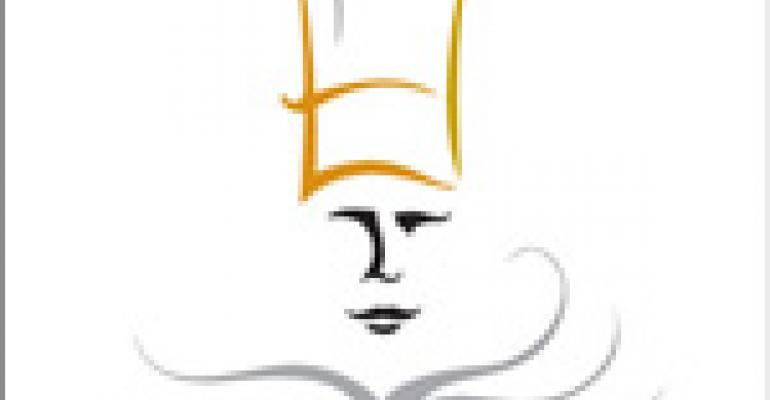 When it comes to cooking, chef David Burke says he’s a “showoff.” But in Burke’s dining rooms his innovative dishes steal the show.

The chef’s “angry lobster” with hot pepper sauce and claws facing up toward diners, for example, evokes a punk’s dramatic spiky hair. Burke displays pieces of shell-on lobster on a metal flower arranger that traditionally holds stems in place.

Besides asking diners to sit up and take notice of his food, Burke intends to make guests smile with humorous dishes. So it should come as no surprise that the puckish chef enjoys laughing himself.

In fact, Burke often cracks himself up when sharing a funny story.

“I can’t finish telling a joke without laughing,” he says with a laugh.

“For a very long time David was having fun with food, and everyone could share in the delight,” says restaurant reviewer Bob Lape of “Dining Diary” on CBS radio in New York. “He has a sense of whimsy with a capital ‘W.’ He’s a humorist, and he’s an artist. More importantly, there’s taste there.”

“Of all the young American chefs, I think David really leads the pack when it comes to innovative, whimsical and reinterpreted classics,” Nieporent says. “His style has permeated menus.”

Many chefs and protégés follow Burke’s lead. If imitation is the most sincere form of flattery, “I’m flattered all the time,” he quips. The birth of a dish or cooking style, however, is difficult—if not impossible—to document. But because of his innovative culinary creations Burke is frequently called on to consult with food companies.

After sharing dish suggestions with Firmenich, a flavor company based in Princeton, N.J., Burke says his ideas were then passed on to Burger King. And the fast-food giant bit.

“They asked my permission” to run a recent Angry Whopper item, Burke says.

That sandwich was spiked with a hot-pepper sauce.

Ideas come easily to Burke. The chef and restaurateur throws out dozens of solutions for every problem, says a former assistant manager of Townhouse, Michael McGinley.

“Tying to keep up with him is a task in itself,” McGinley says. “It is exciting. He keeps you on your toes.”

In high school, Burke thought big. In fact, he started so many sentences with, “Imagine if,” his pals nicknamed him, “Imagine-if-Burkey.” He dreamed of things like not going to school and throwing pool parties in a nearby water tower that he and his friends climbed.

“I’ve always been a prankster,” Burke says, but his imagination has evolved with the times, and the economy hasn’t hampered his guests’ enjoyment of creative dishes. Those dishes are just more down-home foods these days, he says.

“There’s always room for innovation,” he says. But now he adds creativity to more comforting dishes, such as a cake he serves in a can along side a bowl of frosting complete with metal beaters–for licking. Diners notice when neighboring diners are licking beaters. Such attention has helped the cake rise in popularity to become a best-selling dessert.

That cake was created to help inflate dessert sales at David Burke’s Primehouse, a Chicago steakhouse where sharing is key, Burke says. After the cake is baked in a tin, like the kind used for fruitcake, it is topped with caramel-cream cheese frosting, vanilla ice cream, whipped cream, rice pearls and Heath Bar crunch.

Servers ask guests to request the confection when ordering main courses in order to make a commitment before they fill up on the rest of the meal, Burke explains. It’s the old soufflé trick, he adds. The cake sells for $18 to $19, depending on the location.

“The idea is you take home what you don’t eat,” he says.

“There are real bargains in what he’s doing,” Lape says.

Burke says shareable dishes help diners feel like they are saving money. In a similar vein, Burke designed a fish taco tasting at his Fishtail outlet in New York. One of each mini taco can be ordered separately or as a set that is intended for sharing.

Burke says his creative juices start flowing by “just standing near stoves.” So he’s getting himself in his kitchens as much as possible these days. And he designed “creative days,” in which he plans to gather his head chefs from each location to cook together and feed off of each other’s ideas.

“The best place to invent and create is in the kitchen,” he says. “You can’t paint without paint. I don’t think every dish has to be a high-wire act, but there should be some personal touches. I don’t want to do something like everybody else. That’s boring. But I really appreciate simple food, too.”

But not everyone has always appreciated Burke’s most creative creations. He admits some were lemons. In fact, he had a hard time deciding which of the worst was his biggest flop. Runners up included a smoked veal kidney cutlet and a monkfish Wellington, including monkfish liver wrapped in puff pastry that “just didn’t translate,” Burke says.

But the winner of the losers, he says, was a vegetable chop made with a broccoli stem imitating the bone and mushroom risotto standing in for the steak’s eye. It was sautéed until browned so the whole item took on the appearance of a steak.

Tasting other respected chefs’ creations is key to expanding ideas. “I eat out a lot,” Burke says, “and I know what guests like.”

He was last impressed by a meal at Hôtel Crillon in Paris. Besides being “well executed,” it was entertaining, he says.

“The chef was having fun back there,” he says. “I could tell by the look of the food.”

He’s having his own fun growing a mini empire.

“I like what I do,” he says when asked if he’s thinking about retirement at 47. “It’s a nice challenge.”

New York and Miami are on his radar for more Fishtails focused on seafood as well as possible steak-centered restaurants.

When he’s not scouting out new locations, creating new dishes or rebuilding older restaurants—Townhouse is about to get a face-lift—Burke imagines new endeavors, such as starring in a television series that might include how-to cooking advice and some travel.