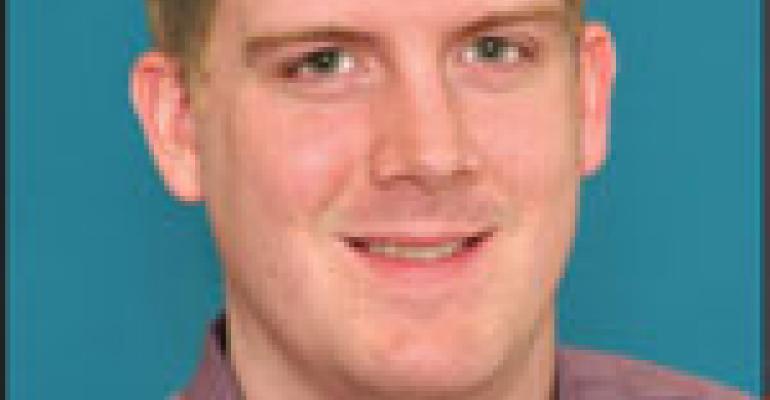 Copy editing job can be light on luxury, but industry education proves priceless

Since I joined NRN late last year, explaining my job to people I meet has been a lesson in shattered expectations. Once I tell them I work for a restaurant magazine in New York City, their faces and voices light up in anticipation of tales of free food and fawning service at fine-dining establishments.

“Oh, so you must be out at fancy restaurants all the time,” a casual acquaintance will say, expecting to be regaled with tales of complimentary dinners at Le Bernardin and late-night carousing with Mario Batali.

“Well, it’s more like business-to-business publishing,” I reply, while watching their eyes drop, abject disappointment readily apparent on their faces.

I get the feeling that the phrase “business-to-business publishing” tickles the automatically boring portion of their cerebral cortex. But that is in direct opposition to the experience I have had since I started here.

Every day, I learn something new about the restaurant game, something I thought I knew intimately from my time as a bartender and waiter during my college years. Toiling in the business was a nice, small-scale view of the industry’s inner workings, but covering it has given me a much wider perspective. It has painted a picture of an industry that employs millions and feeds hundreds of millions, wielding enormous power in the country’s economy and indelibly marking the culture.

From the effect that corn-based ethanol subsidies have on the price of wheat, meat and milk to quintessential American success stories, such as that of the late Carl Karcher, this business we call foodservice can be fascinating.

Now, if you told my 20-year-old self that in nine years, he would be waxing poetic about farm subsidies and commodity prices, he would have stared blankly and gone back to playing the original PlayStation. But, when I start to see how farm subsidies are affecting the price of bread and eggs at my local supermarket, and, in turn, what that does to my grocery budget, the whole subject gets a lot more stimulating.

Most of my work experience was in full-service joints, so fast feeders were not on my radar. Learning about Karcher growing a multinational corporation from a single hot dog cart in the 1940s made me realize how important restaurants are in creating modern Horatio Algers. Even though, as an East Coast native, I never visited a Carl’s Jr., I enjoyed the familiar narrative. The up-by-the bootstraps stories never get old in America, and they never get old with me.

So even though I can’t hold court at cocktail parties with yarns about Eric Ripert catering to my every whim in hopes of garnering positive press, each day I look forward to diving even deeper into covering this business and learning a ton along the way.